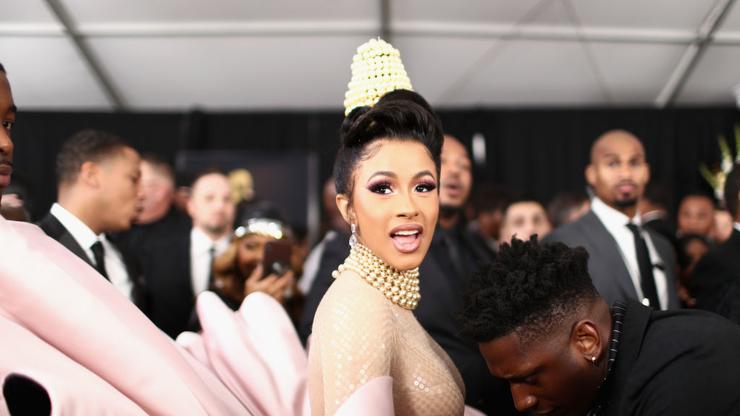 Bardi’s numbers are impressive, no doubt, but reality star Blac Chyna has her beat by double.

Cardi B‘s first big movie role was alongside Jennifer Lopez in 2019’s Hustlers, and while she was only acting there, the 29-year-old’s real-life resume proves that she’s got no shortage of hustle in her.

Aside from being a wife to a rap star, the New York native is also a mother of two, a Grammy Award-winning artist in her own right, host of her Facebook Watch series Cardi Tries, creative director in residence at Playboy, and not to mention a multi-million dollar earner over on OnlyFans.

Cardi B in 2019 — Tasos Katopodis/Getty Images

At the start of September, Variety revealed that the content-sharing platform delivered its financial results for last year, ending on the final day of November 2021, which reported revenue growth of 160% to $932M with pre-tax profits of $433M (up from just $61M in 2020).

Creators on OnlyFans as a whole netted $3.86B last year (an increase of 115%), bringing the company’s total payments to users over $8B since its 2016 launch.

Cardi B makes up a significant chunk of those payouts, with her account raking in a reported $9.34M each month in 2021. The “WAP” hitmaker first created her account in August of 2020 during the pandemic and charges just $4.99 for a one-month subscription.

While many account holders use OnlyFans to promote explicit photos and videos, Bardi keeps things more wholesome, instead sharing updates about her personal life and hosting Q&A sessions with her fans.

Blac Chyna is another significant earner; it’s been reported that the reality star brought in $20M per month with her OF page last year.

Bhad Bhabie has also made it known that her account is popping off. The “Gucci Flip Flops” rapper first launched her page in March of 2021 after celebrating her 18th birthday. Since then, she hasn’t been shy about flexing the $50M she’s earned – read more about that here, and tap back in with HNHH later for more pop culture news updates.