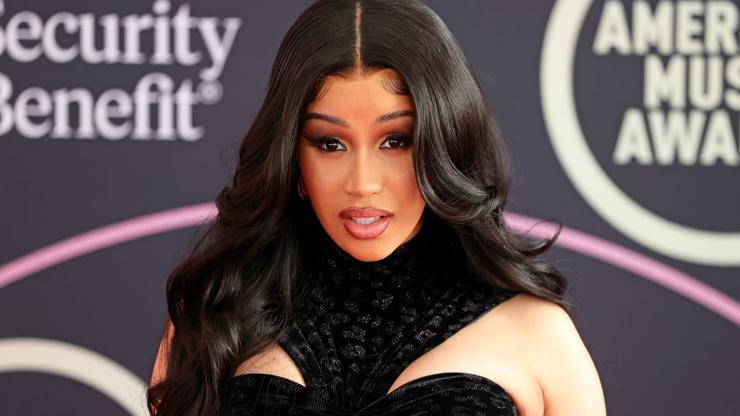 The “WAP” responded to a trolling comment from the YouTuber.

Cardi B never holds back when it comes to telling her truth. Whether its government politics or social media drama, the Grammy Award winning rapper is never afraid to share her two cents. Earlier this week, Cardi caused a stir on Twitter after tweeting her thoughts on PNB Rock’s girlfriend posting the rapper’s location before his untimely death.

“I highly doubt nikkas was looking at PMB’s babymom IG,” she wrote. “He was in a bad location and people stay outside plotting. It’s very irresponsible and inconsiderate to blame her for something so tragic. We should be sending nothing but love to her and his family at this time.” Days later, the “Hot Sh**” star liked a tweet about lawsuits, in the wake of Nicki Minaj suing a social media blogger. Many quickly assumed Cardi was subtly shading the “Super Freaky Girl” rapper, including blogger Tasha Kebe, who chimed in on The Neighborhood Talk post, “Someone say my name??”

Cardi won her $1.25 million defamation lawsuit against Tasha earlier this year after jurors sided with the rapper by holding Kebe accountable for intentional infliction of emotional distress. Following the YouTube blogger’s comment, the “WAP” rapper responded, “Nobody said your name….SEND MY CHECK.” The exchange comes the heels of Nicki Minaj filing a $75K defamation lawsuit against blogger @NoseyHeauxLive for calling the Queens rapper a “cokehead.” The suit alleges that Nosey Heaux was acting under direction from an unidentified rival of Nicki, “mistakenly believing that she and [Minaj] are stars of equal stature,” in a “hopeless effort to advance her career” at Nicki’s expense.

Nosey Heaux, however, has denied the claims. She tweeted, “Nicki Minaj lied @TMZ,” with a link to the publication’s article on the lawsuit. Share your thought on the pending lawsuit in the comment section below.