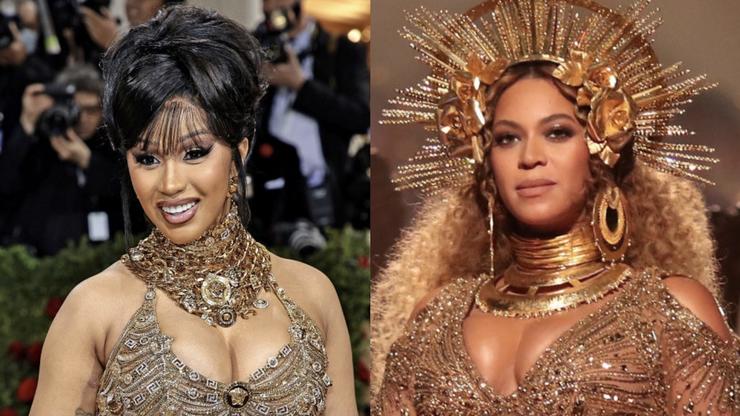 “I’m gonna put it in a glass frame with laser beams on it,” the 29-year-old joked while sharing her excitement with fans.

If there’s one thing that you can guarantee will get Cardi B excited, it’s Beyoncé. The New York-born rhymer has never shied away from showing love to the Grammy-Award-winning rap diva, but on Monday (September 19) the cards were reversed as it was Queen B who showed love to the mother of two.

Earlier today, Cardi hopped on Twitter to share a video of her thanking the Lemonade hitmaker for sending her an autographed copy of her recently released RENAISSANCE album, complete with a heartwarming note for the 29-year-old.

Cardi B in 2019 — Tasos Katopodis/Getty Images

“To: Cardi B,” the Houston-born singer wrote to her friend. “Hard working, beautiful and talented queen, thank you for always supporting me. Sending so much love to you and yours. Respect, Beyoncé.”

While showing off the beautiful gift, Bardi exclaimed, “Look what Beyoncé sent me, read it bitch!” As she gave viewers a closer look at the vinyl, she continued, “It’s so beautiful, so lovely. I’m gonna put it in a glass frame with laser beams on it.”

“Anybody who gets motherf*cking next to it is gonna get electrocuted on motherf*cking sight. I just wanna say thank you so much. I feel so special.”

As Billboard notes, Cardi’s birthday is quickly approaching – on October 11 – so aside from Beyoncé’s gift, she’s sure to receive some other impressive gifts, especially from Offset, who will have to beat the astounding Dominican Republic home he surprised her with last year.

“First off, she has everything,” the Migos rapper told E! News as he revealed that he’s been struggling to decide what to get his wife. “Second off, she doesn’t want anything. Third off, I’m gonna get her something because she deserves it. It’s getting harder and harder.”