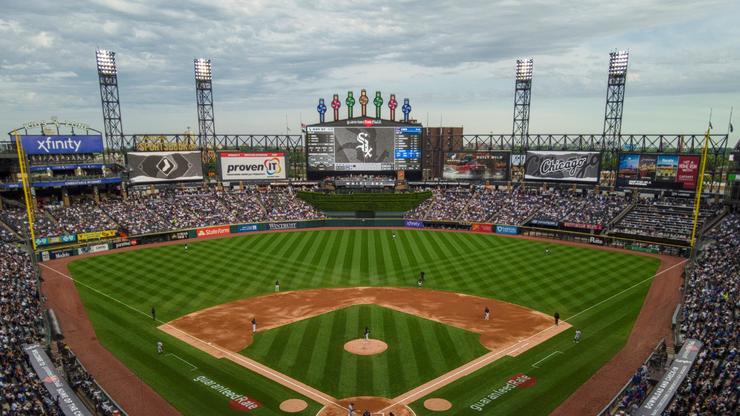 The five major sports teams in Chicago are partnering to donate $300,000 following the recent school shooting in Uvalde, Texas.

The Chicago Sports Alliance, made up of the city’s major professional sports teams including the Bulls, Bears, Blackhawks, Cubs, and White Sox, is donating $300,000 to the Robb School Memorial Fund and Sandy Hook Promise Foundation in the wake of the recent school shooting in Uvalde, Texas. The teams announced the donation in a joint statement shared on Saturday.

“Twenty-one smiles in Uvalde, Texas, lost. Just days before that, 10 smiles in Buffalo, lost. And unfortunately, across our own city, too many smiles lost to this same issue,” the statement reads. “It is our responsibility to those innocent lives lost to do more. We are committed to making a difference through the resources in our power to solving this gun violence epidemic. Lives depend on it. This is not a game.”

The post did not garner the reaction the teams likely expected, with many users on social media pointing toward Cubs owner Pete Ricketts and his repeated support for the NRA.

“The Cubs, who are now boasting a $300K donation, are owned by the Ricketts family who donated nearly $16 million to Republican campaigns & conservative PACs in 2016 alone plus millions and millions more to republicans over the years,” one user wrote.

Another wrote: “The Ricketts are worth billions and you’re bragging about raising $300,000?”

The recent shooting in Uvalde left 19 students and two teachers dead. 18-year-old gunman Salvador Rolando Ramos targeted Robb Elementary School after shooting his grandmother earlier in the day. He was killed on the scene. It is the third-deadliest American school shooting in the country’s history.

Check out the announcement as well as some of the responses below.