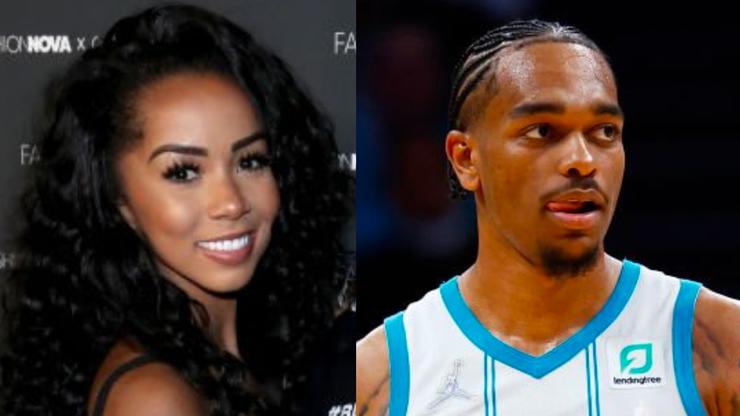 The NBA star popped the question to his pregnant now-fiancée.

A new chapter is beginning for PJ Washington now that the Charlotte Hornets star has proposed to his girlfriend. We often associate Washington with his sports career or his ex, Brittany Renner, who is also the mother of his son. The couple reportedly met while Washington was a college basketball star and Renner was 26 years old, causing wide debates regarding age gaps in couples. Not long after they welcomed their child, Renner and Washington called it quits, causing him to go online and profess that she never really loved him.

The online beef has dissipated in recent years and Washington is now happily in love with Alisah Chanel. The NBA star proposed to his pregnant now-fiancée and she showed off her bling on Instagram.

“Soooooo…..this happened this morning,” she wrote in the caption. “Issa fiancée [ring emoji] WOW babe you did that [goat emoji] I LOVE YOU [blue heart emoji].” In the comments, Washington left a kissy-faced emoji, and Renner dropped off her congratulatory message, as well.

Renner recently went on a podcast where she refuted internet rumors that she was living the good life from $200K per month in child support from Washington. She stated that she receives $2,500 per month and lives a regular life when it comes to single parenthood.

Check out Alisah’s ring and Renner’s reaction below.