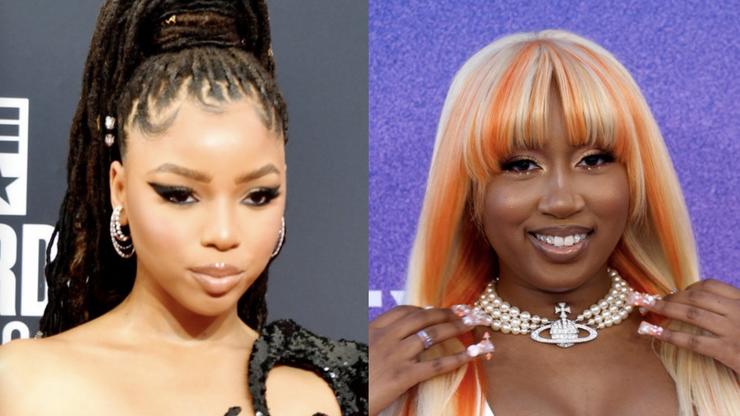 Yung Miami has made it clear that she doesn’t find the trend funny, but millions of others do.

On TikTok, virtually anyone has the power to make music and share it with an audience – take user @BrittBarbie3 for example. After uploading an all-too-familiar product haul from a shopping trip at Five Below, viewers fell in love with the way she added the phrase “period, ahh” as she was announcing each item.

Since receiving so much praise from other TikTokers, Britt took it upon herself to turn her catchphrase into a song, which she then performed from her bedroom while wearing larger-than-life eyelashes, and her hair in long, crimped blonde waves.

The original upload (shared on September 10) has since been liked over 4 million times, receiving not only hundreds of thousands of comments, but also some stitched responses from huge names in the music industry like Chloe Bailey, Bebe Rexha, and even a mention from Lil Nas X.

While the reception to Britt Barbie’s video has been mostly comedic, City Girls rapper Yung Miami made it abundantly clear that she won’t be participating in the ongoing challenge. “No!!!!! I hate that trend and I don’t think it’s funny either,” she wrote when a fan requested that she partake.

For those who do see the humour in the “Period Ahh, Period Uhh” challenge, keep scrolling to check out the best celebrity responses.

Brooklyn-born singer-songwriter Bebe Rexha is first on our list after she dropped off a sultry verse to add to Britt’s repetitive bars.

We also heard from Chloe Bailey, who didn’t hold back when flexing her singing chops, harmonizing along as the TikToker sang her catchphrase over and over. “Got my name up in your mouth, you don’t know better / Don’t forget I’m from the south, yeah I got them haters,” her freestyle began.

Another Atlanta-born artist, Lil Nas X, may not have officially participated with a TikTok of his own, although he did mention the popular trend in an NSFW tweet shared on Monday (September 19).

“Do A Bitch” hitmaker Kali came through with her best bars for Britt Barbie, even mimicking the original poster’s hilarious tongue movements throughout her performance.

It seems that mother of two Cardi B has also had the track stuck in her head as of late seeing as she couldn’t help but rap along to it while posing for a photo ahead of her night out on the town in New York City.

Of course, we saved the best of last. 26-year-old Baby Tate showed out on her freestyle, rapping “Period ahh / I’m on my period uhh / She thought she was f*cking with me? That bitch is delirious, huh.” Check it out below, and let us know which artist had your favorite response in the comments.