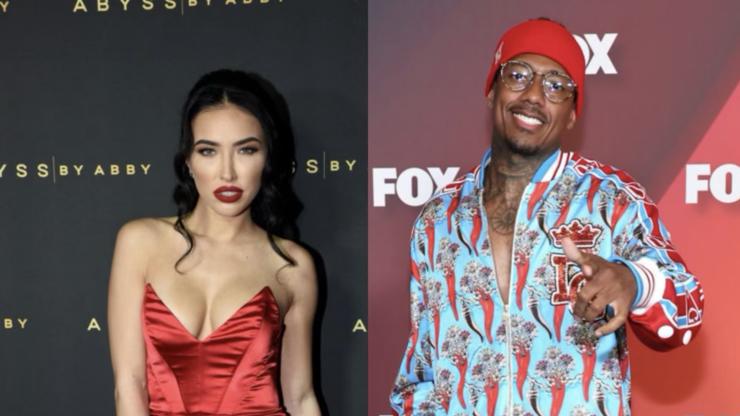 As she readies herself to give birth to what will be Nick Cannon‘s eighth child – and her first – Bre Tiesi is insisting that being a NC BM is “not a cult,” despite what outsiders might be thinking.

The 31-year-old appeared on the Know For Sure podcast with co-hosts B. Simone and Megan Brooks recently, dishing on everything from the status of her relationship with the entertainer to how the public reacted to finding out about her pregnancy.

“It’s not necessarily anything,” Tiesi shared when pressed to define her and Cannon’s situation, though she made it clear that her “needs are met” by what they have together. “This is just us,” she said.

According to Tiesi, should Cannon ever decide to settle down and marry another woman, she’ll be “happy” for him and continue navigating life as co-parents together.

“I love him,” she shared on the podcast, though she admitted it’s “hard” knowing that the person she has such strong feelings for is also involved with other people. How she stays sane through it all? Avoiding comparison.

As you may remember, news of Tiesi’s pregnancy broke back in December – around the same time when it was revealed that Cannon had lost his youngest child, Zen, after a tragic battle with cancer. “It was a really delicate situation,” she recalled.

“I can’t imagine what [Alyssa Scott] was going through… It was all f*cked, of course I felt bad,” the expecting mother added, mentioning that she was “ripped apart” on social media for hosting her gender reveal party at such a time.

“How do I respect this person without taking away all of the things that I also want for myself?” Tiesi explained her though process in the moment, also mentioning that she herself previously experienced a miscarriage. “What if I don’t have another kid so now I don’t have a gender reveal, I don’t have a baby shower, I don’t celebrate my moment and my kid? It was such a struggle.”

Check out the full The Know For Sure podcast episode featuring Bre Tiesi below, and tap back in with HNHH later for more pop culture news updates.