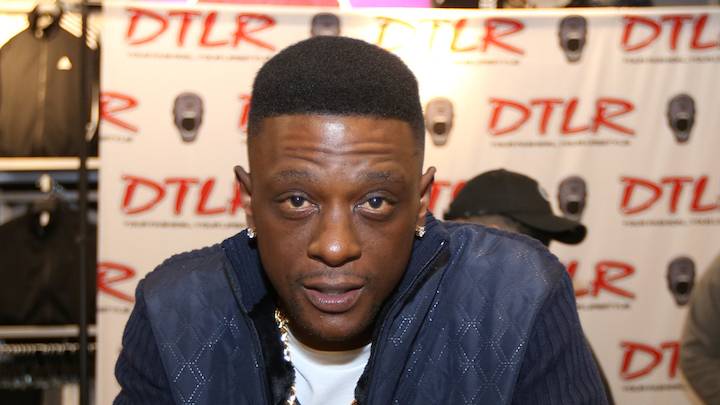 50 Cent brought up T.I.‘s appearance in a 2007 Crime Stoppers commercial in the midst their public back-and-forth and now another Southern son has weighed in on Tip’s infamous clip.

Boosie Badazz, who is no stranger to run-ins with law enforcement, sat down with DJ Vlad to fer his thoughts on the Crime Stoppers video that resurfaced in the middle Tip’s war words with 50.

Once Vlad gave Boosie a little more clarity as to why T.I. was in the Crime Stoppers video, the Baton Rouge rapper sullied on Tip’s participation.

“Tip should have never taken his fuckin’ ass up there,” Boosie said. “Why the fuck – you already in trouble. He shouldn’t have took his ass up there and said shit. They know I’m not gon’ work with them. They ain’t gon’ come up to me with no shit like that. They never know what I might say on the camera.”

T.I. addressed the Crime Stoppers video traveling that he did the “drop” at the request the court to help him “get from under” a potential 20-year sentence behind bars, “I never gave no muthafuckin’ information to get anybody in no muthafuckin’ trouble no time with no police,” Tip said. “If I am working with a police, it’ll be to get him to shoot you.”

As far as who would win a mythical Verzuz battle between Tip and 50, Boosie maintained that due to geographical ties, he couldn’t go against T.I.

“I would have to go with Tip cause like y’all say, where I’m from? The South,” Boosie said. “Yes, I remember – I know every damn song from Get Rich or Die Tryin’. I’d like to see it. 50 my nigga but I know way more Tip records being where I’m from.”