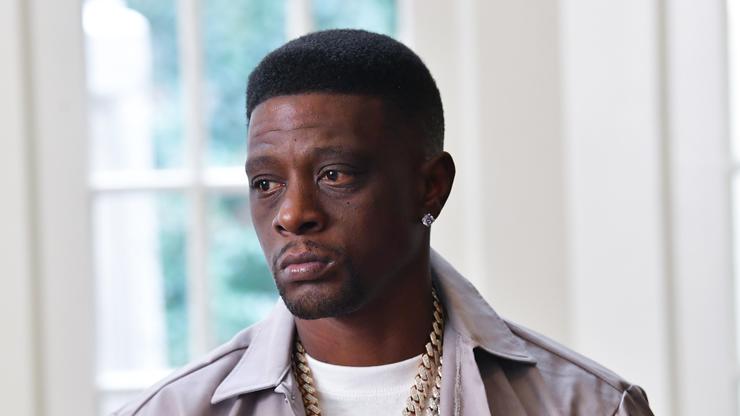 The rapper is angered that people are watching his film for free on various sites and calls them “Uncle Toms.”

Between being kicked off of Instagram for the umpteenth time and people pirating his biopic, Boosie Badazz has had enough. The rapper recently shared My Struggle, a film about his life that his fans have enjoyed. Boosie hosted a premiered with his family and famous friends, and while it is a celebratory moment for the Louisiana legend, he has repeatedly taken to social media with his frustrations.

Not only has Boosie lashed out against Mark Zuckerberg once again over his Instagram ban, but he also sent irate tweets about people unwilling to spend money to buy his film.

Boosie received high praise from Bill Cosby after the famed comedian penned a message of support to the rapper about his movie. However, amid his thankful response, Boosie went off on those who have opted to bootleg his film.

“IF U WATCHING MY MOVIE ON THESE YOUTUBE N FACEBOOK SITES ‘F*CK YOU’.I PUT MY ALL INTO THIS FILM SO I CAN FEED MY FAMILY N U REFUSE TO RESPECT IT. IF U WATCHING MY MOVIE RIGHT NOW FOR FREE LOOK AT THE FILM N IMAGINE ME LOOKING AT YOU SAYIN ‘F*CK YOU,'” the rapper tweeted before bringing Dr. Martin Luther King Jr. into the conversation.

“MARTIN LUTHER KING would be pissed off right now to see y’all mfs not supporting black excellence and buying my movie but going to YouTube and other websites making the WHITE MAN RICH ! #UncleTomAssN*ggas,” he said. “THE ONES WHO SUPPORTED MY FILM I LOVE U WITH ALL MY HEART [red heart emoji] U DIDNT HAVE TO DO IT BUT YOU F*CK WITH ME ENOUGH TO WANNA SEE ME WIN [fire emojis] NOW THATS REAL.”