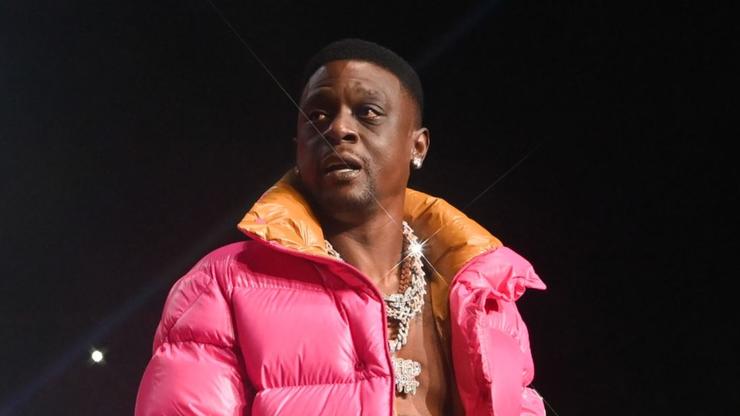 He was recently removed from the Legendz of the Streetz tour after he and his entourage were involved in an altercation.

There is an ongoing case against Boosie Badazz but the rapper is maintaining his innocence. We’ve been keeping you updated on how this case has been unfolding and last we checked, Boosie was being released from jail after turning himself in to authorities. This all stems from an incident that occurred during the Atlanta stop of the Legendz of the Streetz tour. Boosie was on the road with the likes of Rick Ross, 2 Chainz, Lil Kim, Trina, and more, and during the show, he was swiftly ushered off stage during an altercation.

Initially, it was unclear what had occurred, but later, a promoter pressed charges. Boosie and his entourage were accused of destroying production equipment as well as the areas of the venue, but while on Livestream the rapper revealed that he is committed to fighting the charges against him.

In the clip that has gone viral, Boosie is seen saying, “I’m finna sue the f*ck outta them.” He added, “Take me to jail for defending myself?” Most of the video was Boosie reading through comments or wandering around, but it ends with him smiling as he said he visited YFN Lucci, another rapper with a set of serious legal troubles.

Lucci is facing a slew of charges including felony murder and racketeering. He’s been laying low as his case progresses. Boosie was kicked off of the Legendz of the Streetz tour following his altercation and has been charged with inciting a riot and destruction of property. Check out Boosie below.