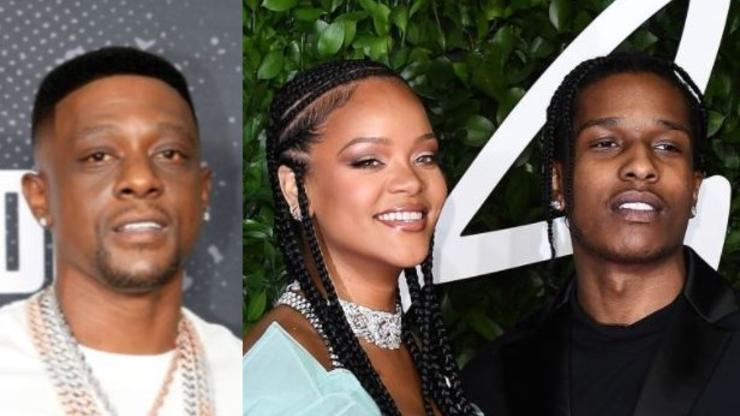 The Louisiana rapper has openly shared his love for Rihanna, but he’s backing down now that she has a new beau.

After learning of rumors that ASAP Rocky and Rihanna were dating, Boosie Badazz admitted to being slightly depressed over the news. The Lousiana icon hasn’t been shy about his adoration for the Barbadian superstar, but over the years, his public declarations have gone unanswered. Now that Rihanna and ASAP Rocky have confirmed their relationship, Boosie seems a tad disappointed, however, he maintains that he won’t be anything less than a perfect gentleman.

“Yeah, yep, yep. I always turn it down when she’s public in a relationship,” Boosie recently told Home Grown Radio. “You don’t ever see that. I’m respectful.”

“That’s still my fantasy and sh*t, but you know I like to see her with ASAP Rocky,” he continued. “I rock with ASAP Rocky, too. But once she in a relationship, I back up. I’m just fantasizing.” Last month, during an interview with VladTV, Boosie had a more vulgar approach when he described what he would do to the singer.

“I would have been skeeted in her,” said Boosie at the time. “I would have took that motherf*cker off. If you got a chance, if you hitting [Rihanna] raw, yeah, you gotta raw-dog her. If you’re in love, I don’t see why they should be wearing protection.” Check out his full interview with Home Grown Radio below.