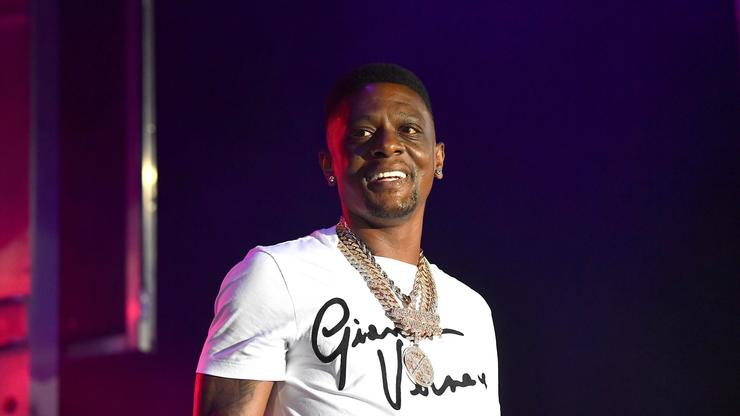 Boosie Badazz has officially been removed from the “Legendz Of The Streetz” tour.

Boosie Badazz is certainly an artist that rightfully deserved a slot on the “Legendz Of The Streetz” tour which also includes names like Gucci Mane, Jeezy, Rick Ross, and plenty of others. Unfortunately, things took a turn for the worst during the second show of the tour in Atlanta. While most artists on the line-up had already hit the stage, Boosie Badazz was only able to perform two songs before an altercation broke out on stage and all hell broke loose.

The incident resulted in Boosie getting left off of the bill in Greensboro. However, it seems that he’s now officially been kicked off of the tour entirely. Boosie shared a photo of the entrance to Baltimore’s Royal Farm Arena with a sign stating that refunds are being issued for fans that arrived to see Boosie Badazz.

“Boosie Badazz has been REMOVED from the Legendz Of The Streetz Tour. If you would like to request a refund for this evening’s concert tour, REFUNDS MUST BE OBTAINED PRIOR TO ENTERING THE VENUE AT POINT OF PURCHASE,” the sign read.

Sharing the photo of the sign, Boosie wrote, “THIS IS THE MOVE THEY PULLING OFF ON THE TOUR SO U CANT GET REFUNDS, READ IT CLEAR LOL LIKE PEOPLE GO READ A SIDE DOOR LOL SHIT OUT TO ALL MY BALTIMORE FANS!! LOVE YALL.”

Unfortunately, the show will go on without Boosie Badazz. Hopefully, fans who were solely there to see Boosie end up having another opportunity.