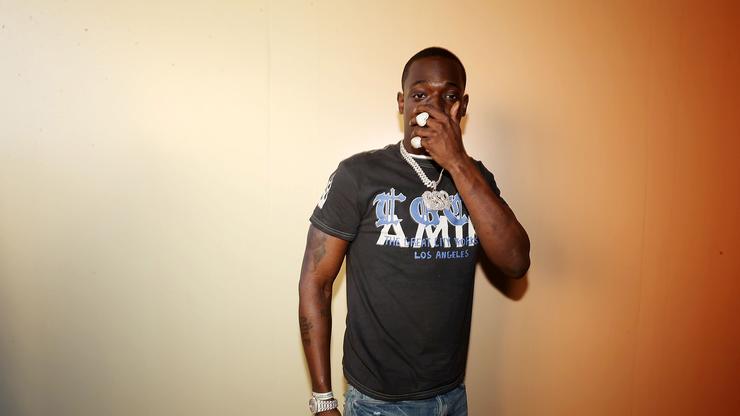 Bobby Shmurda tips his hat to New York’s bill protecting rap lyrics in court, but thinks it should be implemented nationwide.

One of hip-hop’s most beloved but secluded figures, Bobby Shmurda, has spoken out in an interview with TMZ in support of New York’s new legislation that bans rap lyrics form being used in court against accused rappers. The bill, named “Rap Music on Trial,” has been passed by the New York State Senate and has also received praise from Jay-Z, Killer Mike, Meek Mill, and more.

“I’m grateful for it,” expressed the Brooklyn native. “I feel like it needs to happen all around the country, especially what’s going on in Atlanta right now.” Atlanta rappers Young Thug and Gunna are currently caught up in a 56-count indictment which includes RICO charges. The situation has once again opened up an age-old debate: is it fair for rappers’ art to be used to convict them of alleged crimes?

Shmurda is firmly in support of rappers whose art is being exploited. “When they say that rap could be used against you, it limits your art, because sometimes people just want to be free. You should have the freedom to rap anything that you see in your neighborhood, because you’re giving the world things that they don’t see.”

Rap lyrics played an important role in Bobby Shmurda’s arrest in 2014, which brought his career to a sudden, but fortunately temporary stop. Lyrics from his hit song “Hot N***a” were used by prosecutors to confirm the alleged crimes of the GS9 crew, who Shmurda was associated with.

“You hear Nicki Minaj, she raps all types of stuff, but nobody gonna point at Nicki Minaj or Cardi B because they’re females. But as a young Black male from a neighborhood, he spits this, it feels like, ‘Oh, it could be true!’ This man probably went to college and everything! 2 Chainz went to college!”

Just over a year after he was released from prison, Shmurda has more music on the horizon. He recently shared his first independent offering following his exit from Epic Records, “They Don’t Know”, along with a music video. He also told TMZ that he has an EP dropping next month to build-up for the release of his album Ready to Live, which is due to arrive within the next few months.

Check out Bobby Shmurda’s video for “They Don’t Know” below.