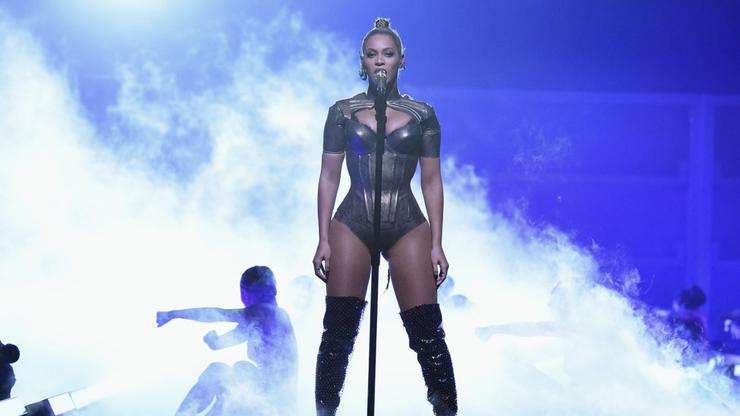 The 40-year-old recently posed alongside her daughters Blue Ivy and Rumi for an IVY PARK campaign video.

40-year-old Beyoncé has been a superstar for decades now, constantly dropping off chart-topping hits that fans love throughout her long-spanning career. Like many other artists, the mother of three has branched into the world of fashion with her IVY PARK X Adidas collaboration, which has seen several successful collections delivered since its 2016 launch.

Most recently, the Lemonade hitmaker delivered Halls of Ivy – a preppy collection modelled by the likes of James Harden, Natalia Bryant, Ava and Deacon Phillippe, as well as the songstress’ two young daughters. Blue Ivy and Rumi clearly stole the show, as viewers couldn’t stop talking about how grown up they are, and just how similar they look.

Last month, “Drip Too Hard” rapper Gunna posted up in some pieces from Beyoncé’s collection, which she reportedly sent to him. At the time, he told his Instagram followers that he would “never be taking off” the drippy coat gifted to him from the Queen of the industry herself.

Other celebrities have also shared their styling of the IVY PARK garments, but no one has done it quite like the creator herself, who looks incredible in a handful of new pictures uploaded to the brand’s Instagram page yesterday. “#HALLSOFIVY | adidas.com + select stores NOW,” the caption reads.

The most recent post sees Yoncé modelling a skin-tight houndstooth catsuit with a cutout that emphasizes her bust area. Other snapshots from the Halls of Ivy campaign find the 40-year-old seated on a green couch, adding chunky green boots and tinted sunglasses to the aforementioned curve-friendly outfit.

Did you make a purchase from IVY PARK X Adidas‘ latest drop? Leave a comment and let us know.