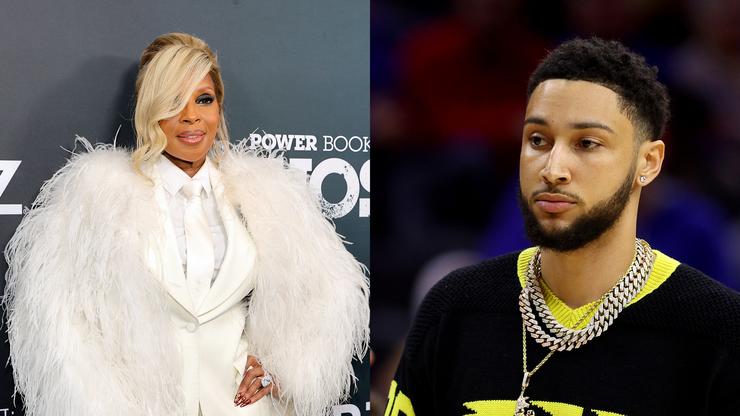 Many tuned into the Boston vs. New York match, but their attention was drawn to what was happening on the sidelines.

The first-round third playoff game between the Boston Celtics and New York Nets was nothing less than exciting. Boston won by six, making the record 3-0, and while thousands were focused on the actual playing, social media paid more attention to those sitting courtside.

Ben Simmons and Mary J. Blige both trended on Twitter during the duration of the game. As they sat on the floor of the Barclays Center, social media users poked fun at them for two different reasons.

Simmons, who plays for the Nets but was out due to injury, was in the spotlight for his outfit. The 6’11 guard wore a blue, purple, red, and white varsity jacket paired with orange trousers and matching orange frames. His choice of clothing made him stand out greatly as he sat on the bench with his teammates who were wearing black.

Social media users called the basketball player everything except stylish. They compared his look to Willy Wonka, a clown, and one person even tweeted, “nah Ben Simmons gotta be the worst teammate every he watching his team fight for their playoff lives while he sitting there like a pack of Skittles.”

While many were laughing at his attire, others were reacting to Mary J. Blige‘s commentary.

The 51-year-old singer sat next to Misa Hylton, a celebrity stylist. Cameras caught the “Be Without You” songstress yelling at player Kyrie Irving from her seat as if she were his coach.

This greatly tickled those online as they compared her role in Power Book II: Ghost to her in real life. One fan tweeted, “Mary J yelling at Kyrie to step it up courtside like she talking to Cane on Power.”

Check out more of the hilarious tweets from last night’s game below.