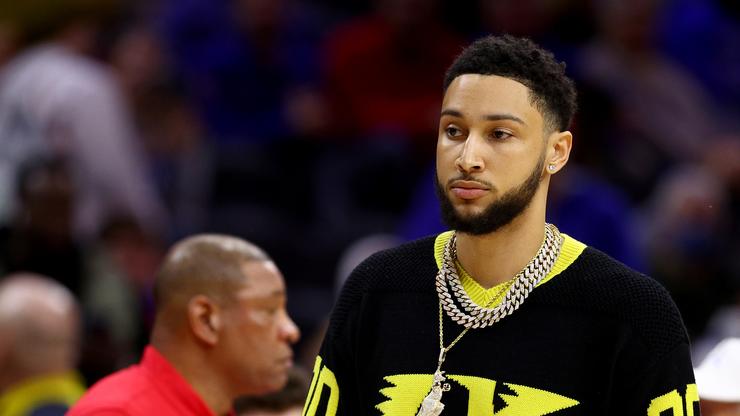 Ben Simmons is the talk of the NBA right now following the Brooklyn Nets’ recent exit from the NBA playoffs. After being swept by the Boston Celtics, many fans are looking for a scapegoat, and there is no doubt that in many respects, Simmons is a very easy target. This is primarily due to the fact that he did not play a single game this year, and despite telling people that he would come back in Game 4, he ended up going back on his word.

Now, there is talk about Simmons’ future in Brooklyn and whether or not he should even be there. Simmons has been labeled as “pathetic” by guys like Stephen A. Smith, and there is this growing sense that Simmons doesn’t even care that much about being good at basketball.

According to Shams Charania of The Athletic, there appears to be a new reason behind Simmons’ back problems. As the journalist explains, Simmons is undergoing a mental block as it pertains to getting back on the court. This anxiety has caused Simmons a lot of stress, so much so that Simmons’ back pain is a direct result of it.

This is news that is going to get fans riled up. There is already a hatred for Simmons brewing in the air right now, and this is not going to help. With that said, it truly remains to be seen if Simmons can come back in time for next season, if at all.