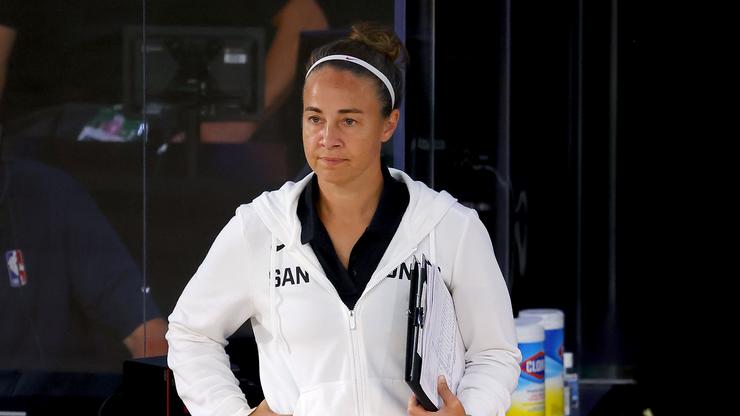 Hammon will become one of the highest paid coaches in WNBA history.

Becky Hammon has been making waves as an assistant coach with the San Antonio Spurs. She is pretty well second in command to Gregg Popovich, and recently, she even got to replace the legend as the team’s head coach after he was ejected from a game. At this point, Hammon is a hot commodity around the NBA, and many analysts felt like she would eventually become the first female head coach in the history of the NBA.

Now, Hammon is taking a different path as she will now join the Las Vegas Aces as their next head coach. Hammon used to play for the Aces, and with this new contract, she will be the highest-paid head coach in the history of the league. She brings a ton of experience with her, and there is no doubt that the franchise is excited to have her on board.

“We’re very excited to have Becky return to the Aces’ franchise as our head coach,” team President Nikki Fargas said, in a press release. “Her success in the sport of basketball as both a player and a coach is unparalleled, and fueled by a tenacious desire to be the best she can possibly be. We have one of the most talented rosters in the WNBA, and Becky is the absolute best person to lead this team.”

It remains to be seen if her success will translate to the WNBA, although there is no denying that she learned from the best in Greg Popovic.