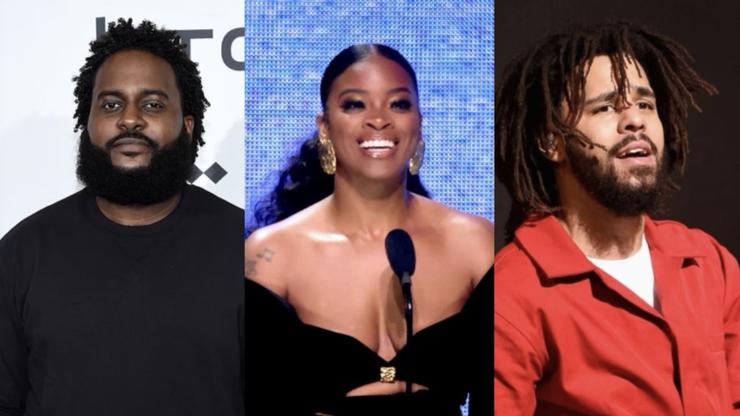 “Dropping off a summer pack to lift the spirits,” Bas revealed on Twitter earlier today.

Dreamville season is just getting started. If you thought that the surprise D-Day: A Gangsta Grillz Mixtape project that J. Cole‘s label dropped off at the end of last month was impressive, wait until you see what the artists have coming your way over the next few months.

Earlier today (April 12th) R&B powerhouse Ari Lennox (who killed her appearances on “Blackberry Sap” and “Coming Down”) confirmed that her highly anticipated sophomore album will be arriving this summer, stirring fans into a bout of excitement. “It’s giving summer,” she teased on Twitter when faced with an inquiry about the unnamed project.

If you don’t think you can wait until the sunniest season hits to hear more from the Shea Butter Baby hitmaker, don’t worry – she’s just one of the artists making an appearance on Bas‘ latest 4-pack EP, set to arrive on April 15th.

“Dropping off a summer pack to life the spirits,” the rapper wrote on social media earlier today, promoting his upcoming [BUMP] Pick Me Up project, which boasts some very impressive features.

While Lennox is set to appear on “The Others,” Bas will be joined by J. Cole and Lil Tjay on “The Jackie,” Gunna on “Admire Her,” and on “Eyes On You,” we’ll hear from Galimatias.

Fans were enthused to hear the good news. “Bro if it’s one thing Bas is good for, it’s the 4-packs,” one user wrote. “Aside from Cole, Bas is my fav Dreamville artist,” another person commented.

Which collab track from Bas are you most excited to stream first later this week? Let us know below, and check back in with HNHH on April 15th to stream [BUMP] Pick Me Up along with other hot new arrivals.