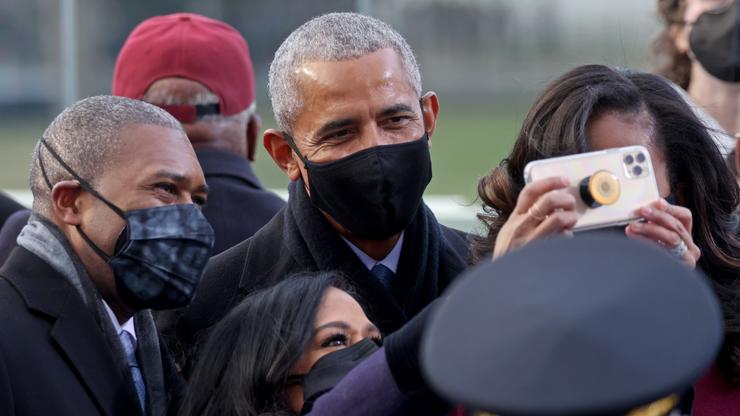 Former President Obama’s curated playlists have become a tradition in the past several years as he shares his music taste with Americans during the summer and at the end of the year. This summer’s iteration, like the previous entries, features both old and new artists — everyone from Ella Fitzgerald to Masked Wolf. Obama continues to honor Black artists and hip-hop favorites in this year’s edition, tapping Lil Baby twice, Drake, J.Cole, Migos, SZA, H.E.R., and Jay-Z.

Many of the artists included on the playlist have been affiliated with the former President in one way or another. Jay-Z and Beyoncé have long been friends with Barack and his wife Michelle, H.E.R has been a consistent pick for the former President, and Obama even expressed his approval for Drake to play him in a movie.

Barack Obama shared the playlist on Twitter along with a hopeful message for a more open and lively summer compared to that of 2020. “With so many folks getting together with family and friends, there’s a lot to celebrate this summer. Here’s a playlist of songs I’ve been listening to lately—it’s a mix of old and new, household names and emerging artists, and a whole lot in between,” he wrote.

Supporters flooded the comments with both praise and humor for the former President’s picks. One user expressed their support with “Coolest President EVER. Period,” while another wrote, “Still have impeccable taste!” Others are trolling Obama for his inclusion of “Astronaut in the Ocean” by Masked Wolf, a song often clowned on after blowing up on TikTok.