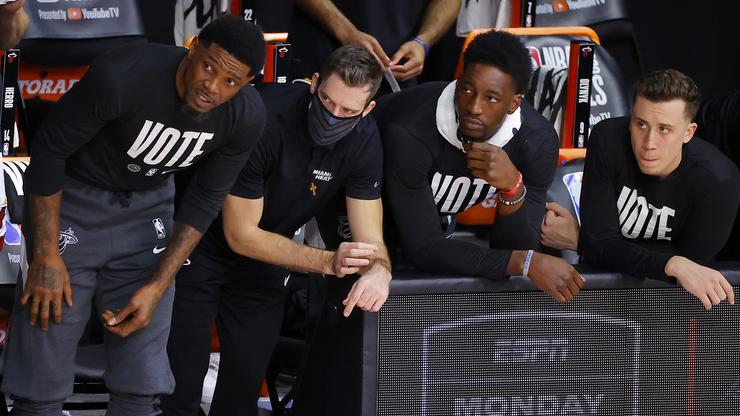 Bam Adebayo and Goran Dragic are both listed as doubtful for Game 3 of the NBA Finals.

Miami Heat center Bam Adebayo and point guard Goran Dragic are both listed as doubtful for the team’s Game 3 matchup against the Los Angeles Lakers. Initially, Adebayo expressed hope that would be able to play, but the Heat’s Saturday injury report is less optimistic.

Both Adebayo and Dragic were injured in Game 1 of the NBA Finals and sat out of Game 2. Adebayo suffered a neck strain and Dragic is out with a torn plantar fascia.

Without two of their most important players, the Heat lost both Game 1 and Game 2.

“We’re never giving up,” Jimmy Butler said after Game 2. “We’re going to fight, and we’re going to ride with this thing ’til the wheels fall off. It’s not over. We’re just down 0-2; we got to do something special. We’re capable of it. I wouldn’t want to be in the trenches with any other guys except for the ones that we have.

“We believe in one another,” Butler continued. “We got to play damn near perfect in order to beat those guys. We’ve yet to do it. And if we don’t do it soon, it’s not going to be pretty.”