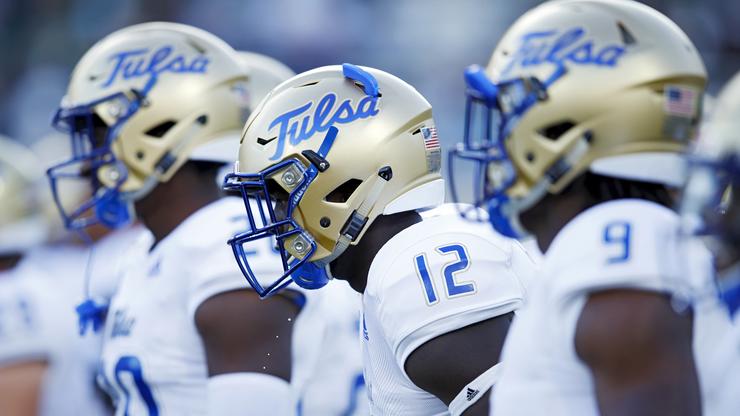 Tulsa and Mississippi State got into a sideline-clearing fight at the end of the Armed Forces Bowl.

Sports can get pretty testy at times although usually, players are able to set aside their differences in the name of sportsmanship. This leads to the players shaking hands after the game and acknowledging that as brutal as it gets in the match itself, everyone respects each other for the effort that was shown. Other times, however, both teams have so much bad blood that it boils over into a complete mess that can’t be stopped no matter how much the officials try to interfere.

That is exactly what happened this afternoon as Tulsa took on Mississippi State in the Armed Forces Bowl. Mississippi State won the game 28-26 although, at the end of the match, both teams got into a bench-clearing brawl that featured some pretty brutal scenes. In fact, one player was kicked in the head while on the ground, with the opposing player running from the scene. As you can see in the videos below, it was a pretty unhinged event.

The bad blood had been simmering all game as both sides got into a bit of an altercation before the game even took place. It’s unclear as to why it all went down, but still, it’s a bad look for the NCAA.

Many are calling for the players and coaches to be suspended, which is surely bound to happen once the NCAA has time to review all of the facts.