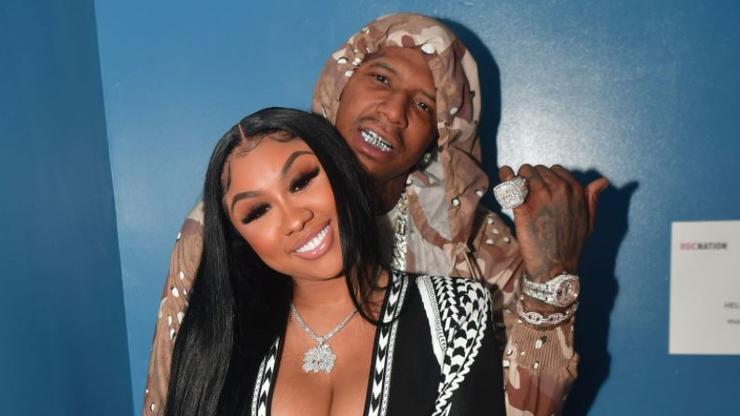 The show’s hosts discussed Ari purchasing 28.8 acres of land for the rapper’s birthday, and Ari clapped back.

Ever since they went public with their romance, Moneybagg Yo and Ari Fletcher have faced off with naysayers daily. The pair were known for their previous relationships with Megan Thee Stallion and G Herbo, so when Moneybagg and Ari revealed that they were officially together, their fans, and foes, went wild.

They have been able to maintain their strong connection despite people attempting to insert themselves into the couple’s personal lives, and most recently, Moneybagg Yo’s birthday has caused his relationship to become a topic of discussion on The Real.

Moneybagg and Ari never hesitate to show off the lavish gifts they often buy for one another—presents that reach into hundreds of thousands of dollars. However, when Ari bought Moneybagg 28.8 acres of land for his birthday, some people believed she should wait until they married to give him such a gift. The hosts of The Real agreed.

Ari was asked about the hosts’ opinions regarding her purchase for her Rap star boyfriend while on the red carpet of the 2021 BET Hip Hop Awards.

“I’m in love. I love my man,” said Ari. “I feel like everybody just need to focus on what they doin’ and who they doin’ it with and what makes them happy. I feel like we in a different time zone right now, like the world is completely different, so it’s not like it was when they was growing up. It’s different now. We got different dreams and we dream way bigger ’cause we can do it now.”

“It’s different for us, social media, you know,” she added. “I just feel like—” Ari was interrupted by interviewer Lore’l who chimed in to finish the sentence by saying, “Mind ya damn business.” Ari repeated Lore’l, co-signing her sentiments. Check out the red carpet moment below.