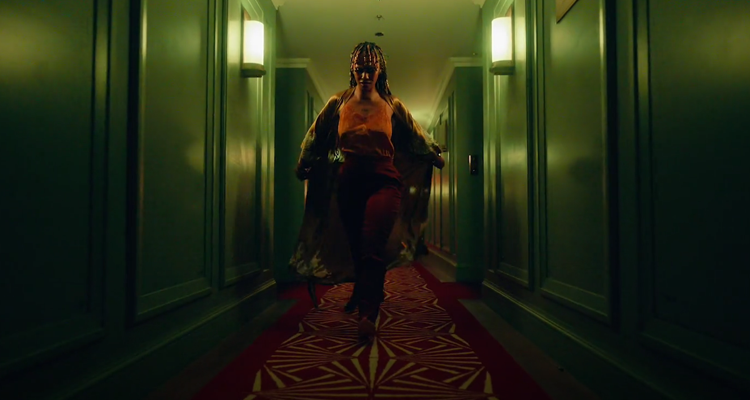 “Jungle” is a six-part scripted series told through a combination of dialogue and rap/drill music. The series follows the connected lives of several strangers in London, each with their own unique struggles. Viewed “through the prism of UK rap and drill music,” the series aims to give perspective on a rarely seen world.

“Frequently misunderstood, it’s a world where one law governs everything: only the strongest will survive,” the logline reads. “As the strangers’ worlds begin to unravel around them, they come to the realization that every action, no matter how small, has a consequence.”

Produced by UK-based Nothing Lost, the series will feature more than 30 of the UK’s top rap and drill artists such as Bando Kay, Big Narstie, Double Lz, IAMDDB, Jaykae, Jordan McCann, M24, Tinie Tempah, Unknown T, and many more. Chas Appeti created and executive produced the show alongside Junior Okoli, who also directs. The series is scheduled to debut on Amazon Prime Video on September 30.

“We are incredibly excited to be working with Nothing Lost on this brilliantly fresh and unique UK Amazon Original series,” says Georgia Brown, Director of European Amazon Original for Prime Video.

“‘Jungle’ will shine a light on the amazing creativity of the UK’s drill, grime, and rap music scenes — and hopefully empower a varied collection of British storytellers to create captivating content which reflects the diversity of the UK today.”

The series starts by introducing Gogo (played by Ezra Elliott) and Slim (played by RA). As the story unfolds, various contributing roles are brought to life by an expansive cast that includes M24 as 6ix, J Fado as Chapo, K Koke as Stacks, Jaykae as Willow, IAMDDB as Mia, Seyi Andes-Pelumi as Danial, and AMARIA BB as Bianca. “Jungle” hopes to convey a more meaningful message about the “true value of life.”