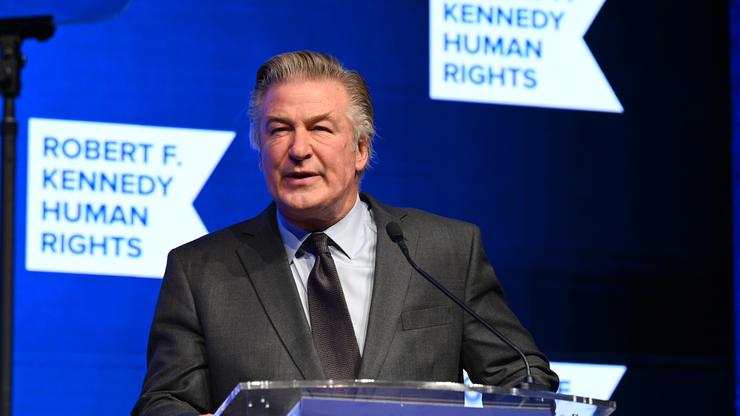 The actor, who accidentally killed Halyna Hutchins on set last year, condemned former NFLer Brendan Langley for having an altercation with a United Airlines employee.

The internet has not been kind to Alec Baldwin after he decided to chime in about the viral video involving former NFL player Brendan Langley. In the clip, Langley is seen at an airport speaking to United Airlines employees when one of the workers walks up to him and strikes him in the face. It looked as if Langley wasn’t expecting to be hit, but he quickly reacted with a few swings to the man’s head.

The employee was knocked backward over the ticket counter, and once the video went viral, people debated who was in the wrong. Alec Baldwin also jumped into the conversation to educate the public on workplace safety.

Last year, while filming his movie Rust, Baldwin accidentally shot and killed the director of photography Halyna Hutchins. Baldwin has been engaged in a vicious legal war as authorities attempt to determine who is at fault: Baldwin or the film’s armorer who is in charge of the prop weapons on set. Both the actor and the armorer have denied responsibility, making Hutchins’s shocking death even more tragic.

“The guy working at the airport is the victim. He came to work to do a job. The other guy, with his big mouth, is guilty of work place abuse, where people come to work with an expectation of safety, even civility. This asshole who hit this guy should be put on a no fly list.”

Without hesitation, social media shared Baldwin’s take and fired off scathing reactions, including repeatedly telling him to sit this one out. Langley was reportedly arrested following the incident and United Airlines issued this statement: “United Airlines does not tolerate violence of any kind at our airports or onboard our planes and we are working with local authorities to further investigate this matter.”