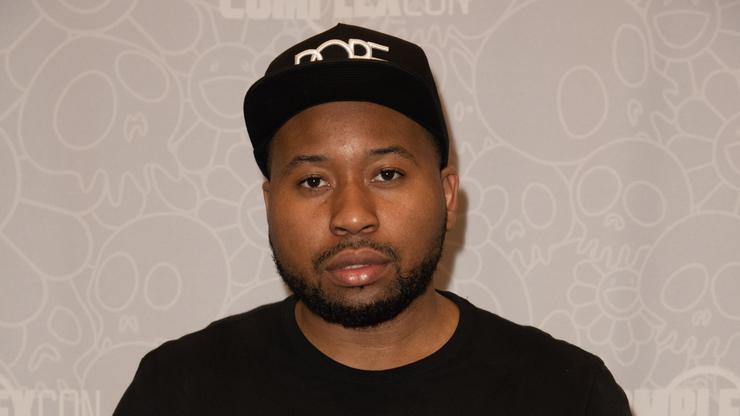 “Durk is on tour. If you want to see Durk, go get Durk. Don’t pull up on Perkio,” said Akademiks of 6ix9ine’s feud with Lil Durk.

Akademiks recently reacted to 6ix9ine’s ongoing feud with Lil Durk, which took a left turn this week after he was spotted with Perkio, the viral Durk impersonator. Though Akademiks might usually side with 6ix9ine, he recently went on IG Live where he explained why he thought the Brooklyn rapper went to far.

Unfortunately, the whole situation has negatively impacted 6ix9ine’s relationship with SteveWillDoIt and the NELK Boys, who championed the rapper after his release from prison. As the story goes, 6ix9ine attempted to use SteveWillDoIt to get the video of Perkio wearing the King Von shirt. While SteveWillDoIt later denied that Perkio was being honest about their plans to link up, 6ix9ine appears to have clicked the unfollow button on the NELK Boys’ member’s account.

Akademiks chimed in on the matter on Instagram Live where he called the entire beef “make-believe.” He stated that he wasn’t a fan of 6ix9ine’s “stunt” that he pulled on Perkio. “If you wanna kill Durk, go kill Durk. Don’t put nobody else if your fuckin’ beef,” he said. “Get out of here, it’s not cool. Don’t put SteveWillDoIt in it. Don’t put Akademiks in it. Don’t put nobody in your fucking beef.” Ak said that he doesn’t think SteveWillDoIt played a part in 6ix9ine’s meeting with Perkio.

“Durk is on tour. If you want to see Durk, go get Durk. Don’t pull up on Perkio. Don’t pull up on some other weird n***as,” he said. “Pull up on Durk.” Ak then said that Perkio never had any issues with 6ix9ine so it’s unfair to drag him into the feud.

“I’ve repeatedly said to 6ix9ine, ‘I don’t know what your issue is with Lil Durk.’ Man, him and Lil Durk never sen each other in life, you feel me? They never ever saw each other,” he said. “Like, this is a make-believe beef,” he continued, explaining that the feud isn’t worth burning bridges over.

Check out the clip from Akademiks’ stream below.