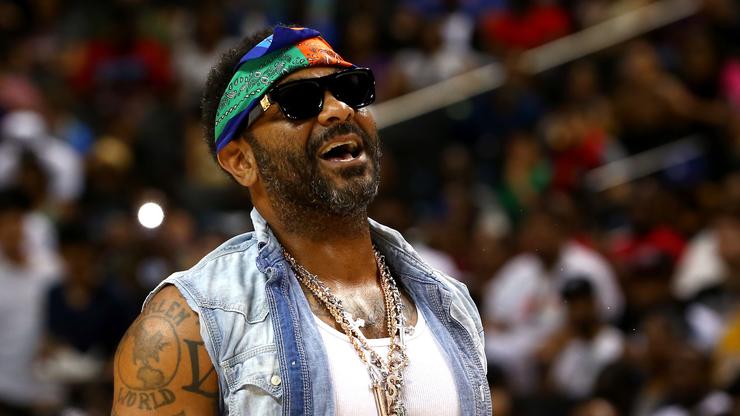 After performing on stage with Dipset rapper Jim Jones at a concert in Waterbury, Connecticut, 31-year-old Reginald Miles and 29-year-old Andre Reed, were arrested for killing a man in a driveby shooting they executed shortly after they left the Jones show.

According to Hip-Hop Lately, surveillance footage shows Reed and Miles’s SUV opening fire on a group of people near the venue, killing 37-year-old Douglas Daniels and wounding two others. The two have been charged with murder, conspiracy to commit murder, and two counts of first-degree assault.

Jim Jones or his team have yet to comment.

Most recently, during his Verzuz battle featuring The Lox, The Harlem rapper repped Tre Way and personally shouted out 6ix9ine’s former manager turned co-defendant, Kifano “Shotti” Jordan. Jordan is currently serving a 15-year sentence for a federal racketeering case. Immediately after the Verzuz battle, the controversial rainbow-haired rapper questioned why Jones had not been indicted.

He added, “On top of that, Jim Jones was caught on wiretap on my case telling the big homie Mel Matrix to go and get rid of my security. How you do it, how you shoot at ’em, they don’t got no license to carry weapons… How is that nigga free right now? Pull up the wiretap of conspiracy to attempt to commit murder! Why is that nigga not in jail?”