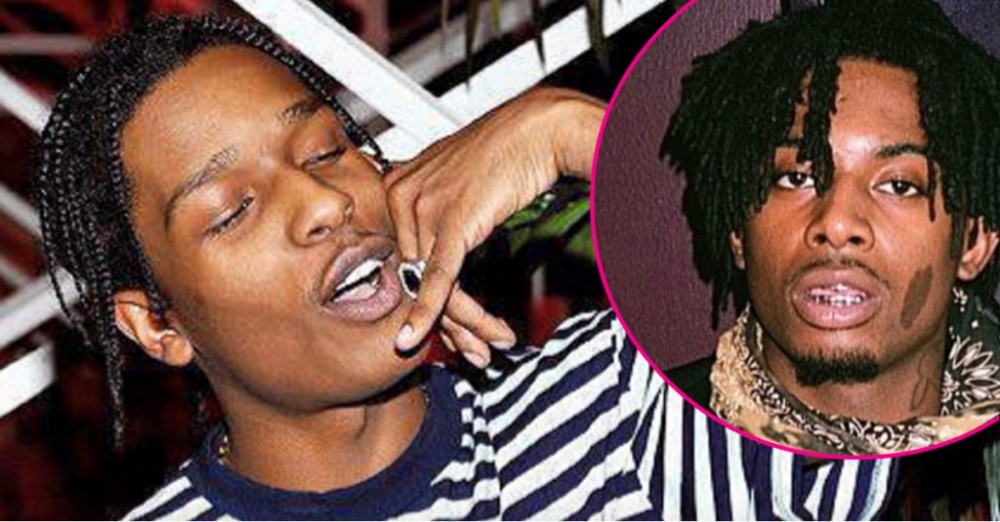 A$AP Rocky loves to clown people, even his own friends. That was the case when he stumbled upon an older picture his sometime-collaborator Playboi Carti with a woman’s jean-clad legs on his shoulders on Instagram.

The picture is admittedly silly. What could they possibly be implying here? Isn’t the legs on the shoulders shot negated by the fact that she clearly has her skinny jeans on?

Nevertheless, A$AP Rocky took things to a whole ‘nother level with his colorful commentary and ridiculous insults. Holding the picture up to the camera, Rocky went in on his friend and the woman for their choices. He zeroed in on the arrangement the photo and the woman’s choice acid-washed jeans, which he viewed as a faux pas.

Rocky held up at that point, saying that he had more in the tank but wanted to let f because he considers Carti a friend.