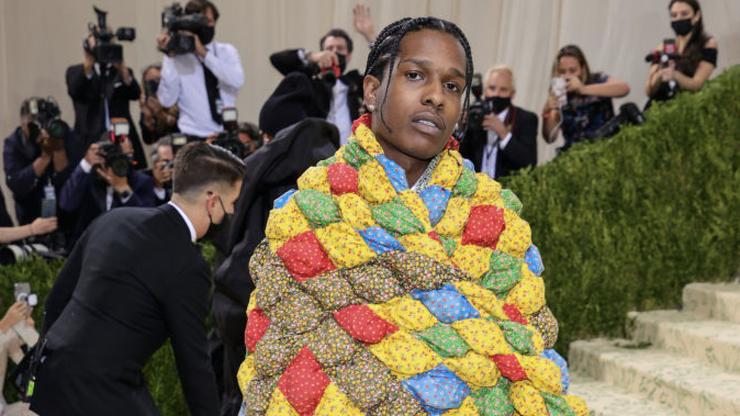 It’s been over five years since the New York rapper shared “Testing,” so needless to say, his listeners are hungry.

It’s been a hectic few months for 33-year-old A$AP Rocky, who – after being unexpectedly arrested while returning from a trip to Barbados at LAX for his alleged involvement in a West Hollywood shooting – recently welcomed his first child with his girlfriend, Rihanna, who has been out of the public eye since giving birth a few weeks back.

While Rih relaxes at home and adjusts to her new role as a mother, her rapper beau has been out in the streets with his crew, hopping on Instagram Live to preview new music for his fans on Friday, June 24th.

During the stream, the New York native was seated in the backseat of a car, whipping around with friends blasting an unreleased track, boasting production that can only be described as menacing.

As HipHopDX notes, the sneak peek at what Rocky has been working on lines up perfectly with comments he made during a DAZED interview, telling the publication that his sound has been far more experimental as of late.

“Yeah I got my young boys sounding crazy on this shit,” the father of one told viewers at one point yesterday while a child’s voice could be heard shouting him out on the song playing behind him.

Though he’s shared “D.M.B” and now teased us with this, a release date for Rocky’s highly anticipated fourth studio album (following 2018’s Testing) has yet to be revealed.

In other news, the “Distorted Records” hitmaker recently joined Jerrod Carmichael for a conversation for Interview Magazine, during which the two discussed everything from wearing women’s clothing (A$AP says it’s “punk” for men to do) to the death of his beloved friend, A$AP Yams – read more about that here, and check back in with HNHH later for any updates on the rapper’s upcoming album.