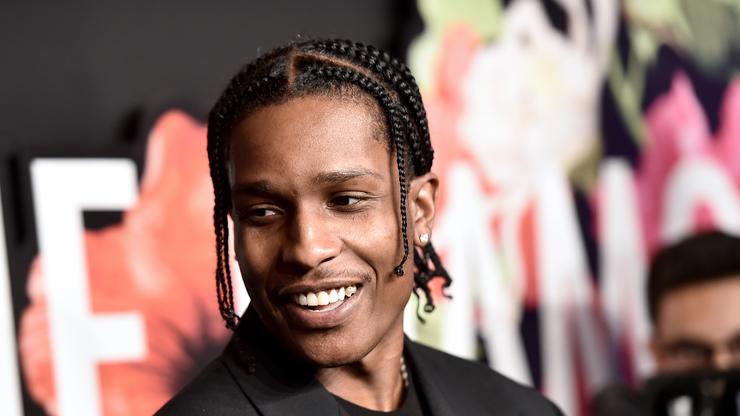 A$AP Rocky has reportedly been targeted by a woman who shows up to his home demanding to come inside.

Adding his name to the growing list celebrities who have taken out restraining orders against obsessed fans is A$AP Rocky. Recently, we’ve reported on artists like Ariana Grande and Billie Eilish who have had to ask courts for help in keeping stalkers away from them and f their property. A new report by The Blast claims that A$AP Rocky has been the victim frightening harassment from a woman who not only has been damaging his property, but she’s allegedly broken into his home and made her way to his bedroom.

According to court documents The Blast has obtained, Rocky claims that he has no connection to the unnamed woman but she regularly makes appearances at his home. He says she sleeps in her car outside his house and has damaged his property. Back on June 7, he once again denied her access to his property, upsetting the woman who said that she would force her way in. Instead, she reportedly “squirted ink from a sports bottle all over Rocky’s] vehicle.”

“My concern with Respondent’s instability and her potential threat to me is heightened by the knowledge that she has already been arrested for assault and battery on my assistant (see below), but she continues to stalk me,” the court papers reportedly state. Back in June 2018, the rapper claims the woman “arrived at my residence, while I was sleeping in the master bedroom on the second floor my home. When my assistant at the time answered the door, (She) stated that she had a scheduled appointment with me.”

When the assistant attempted to verify the appointment, the woman “Punched her in her face, and ran upstairs to the second floor, and entered the master bedroom where I was sleeping… I was startled, jumped up, and began to resist (the woman’s) advances. In the midst doing so, (she) ripped my pearl necklace f my neck.”

That’s not all, she even popped up at one his concerts and after he jumped into the crowd, she grabbed him from behind. “On that same night, after I entered my vehicle to leave the venue, Respondent jumped in without my permission, landing on my lap while I was in the backseat. At that point, I was startled, shocked, and in fear for my safety. To resolve this situation, my personal security team had to physically remove (the woman) from my vehicle.”

“To dispel any question, I am not married to Respondent,” he continued. “Nor am I engaged to Respondent; I have never asked Respondent to marry me. Furthermore, I have never invited or encouraged (her) to come to my home or spend time with me.” A$AP Rocky says he fears for his safety and he wants to make sure she stays at least 1000 yards away from him, his property, and his security at all times.