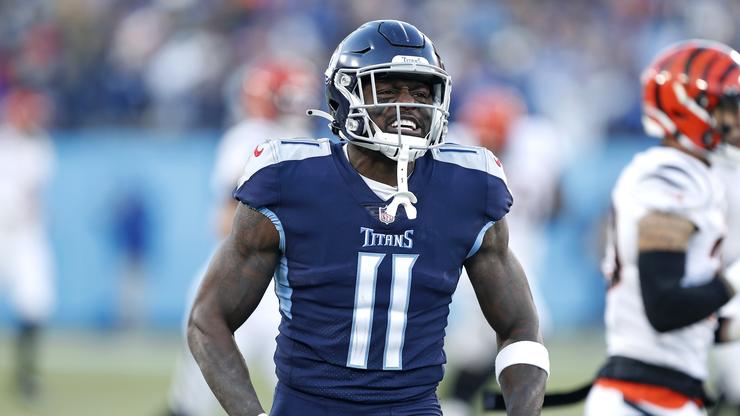 A.J. Brown threw shade at the Titans in response to reports of Deebo Samuel’s new contract with the 49ers.

A.J. Brown responded to reports that the San Francisco 49ers have signed Deebo Samuel to a three-year, $73.5 million deal by throwing shade at his former team, the Tennessee Titans. $58.1 million of Samuel’s contract is guaranteed, according to ESPN’s Adam Schefter.

Brown was traded to the Eagles, earlier this year, in exchange for two 2022 draft picks amid his contract dispute.

“Basically all 4 of us got the same contract and I’m the only one got traded… yeah keep believing it was me,” Brown tweeted on Sunday. “Anywho Go Birds.”

While he couldn’t get paid in Tennessee, the Eagles ended up offering him a four-year deal worth $100 million after the trade.

In May, Brown released a statement addressing the trade, revealing that upset fans had threatened him.

“I’m so sorry I let down your kids and many others but I will not put myself in a place where my peace is going to be threatened by adults who feel a way because I was traded,” Brown stated at the time.

Samuel’s contract comes after a tumultuous offseason that saw the star wide receiver request a trade, scrub his social media of Niners content, and more.

In 2021, Samuel made a name for himself for his unique ability to play both receiver and running back. He finished as the third player in NFL history to have at least 1,000 receiving yards, five receiving touchdowns, and five rushing scores in the same season.