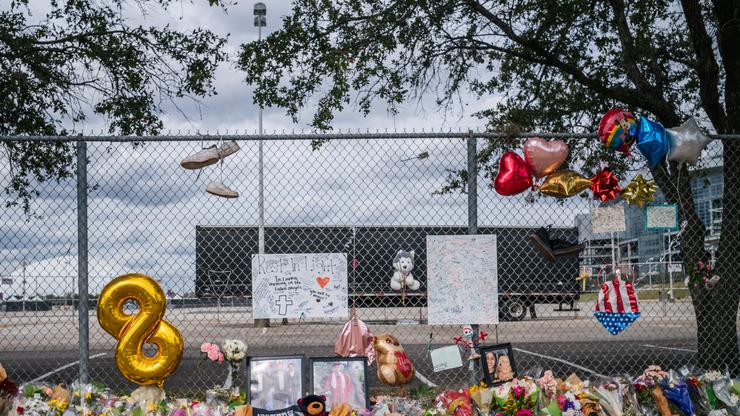 9-year-old Ezra Blount has become the 10th victim to die of injuries from the Astroworld Festival.

A tenth victim has reportedly died as a result of injuries sustained at Travis Scott’s recent Astroworld Festival. 9-year-old Ezra Blount, who was previously in a medically induced coma, passed away at Texas Children’s Hospital on Sunday.

“My heart,” Okolie captioned a photo of the boy. “9 YO Ezra Blount who was trampled after falling from his fathers shoulders at AstroWorld has passed away at Texas Children’s Hospital after one week on life support. He fought hard but ultimately there was a different plan. Please raise his family in prayer.”

Ezra had suffered damage to his lungs, kidney, and heart. He also had brain swelling that was caused by cardiac arrest.

Ezra’s family is currently being represented by civil-rights attorney Ben Crump, who released a statement on Sunday night.

“The Blount family is grieving the incomprehensible loss of their precious young son,” he said. “This should not have been the outcome of taking their son to a concert, what should have been a joyful celebration. Ezra’s death is absolutely heartbreaking. We are committed to seeking answers and justice for the Blount family. But we stand in solidarity with the family, in grief, and in prayer.”