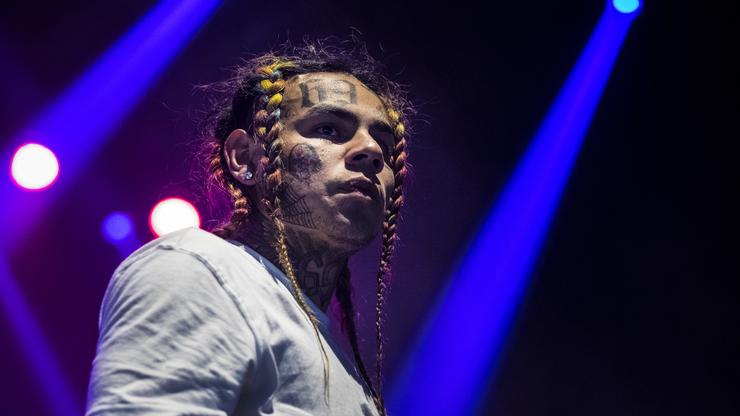 The rapper claims that because he is not on good terms with the mother of his child, he was not made aware of their accident.

6ix9ine is widely known for his social media antics. From challenging rappers to fight to insulting celebs in the industry, the New York native knows how to stay relevant. But now, he’s got more serious things to worry about.

According to TMZ, his daughter, Saraiyah, and her mother, Sara Molina, were involved in a car collision this past Easter which resulted in them going to the emergency room with injuries.

Sources told the media outlet that Saraiyah, Sara, and Sara’s sister, rode in an Uber minivan on an NYC highway. It is said that the Uber driver got cut off and then rear-ended. A source told the media channel that the child was frightened and wailing after the incident took place.

After being taken to the hospital, it was revealed that Sara’s sister suffered whiplash and Saraiyah had arm agony. Sara, who has had a continued fight with multiple sclerosis, garnered whiplash as well as a concussion.

6ix9ine, whose real name is Daniel Hernandez, told TMZ, that he had no idea they were involved in a car crash. For the longest time, the two co-parents have not had a good relationship.

Back in 2019, Sara claimed that the now 25-year-old rapper beat her in front of their child. Months later, the “FeFe” artist came forward and admitted to the allegations.

Given all the drama they’ve been through, 6ix9ine told the outlet that he is going to reach out to his child’s grandmother to “clear things up” involving their car accident.