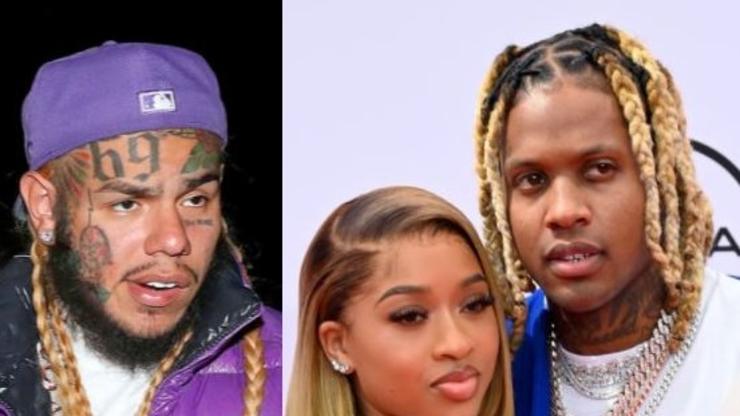 The couple was reportedly attacked during a home invasion robbery at their Georgia home.

The news regarding the recent alleged shootout at Lil Durk‘s home has captivated Hip Hop. There were rumors this week that an altercation occurred at the Chicago rapper’s Georgia estate, and on Thursday (July 15), details of the reported attempted home invasion circulated. We previously reported on the news that on Sunday (July 11) just after 5:00 a.m., several individuals broke into Durk and India’s home resulting in an alleged shootout between the couple and the suspects.

The safety of rappers has been long debated after losing artists to gun violence and crime, including Pop Smoke who was murdered last year in a home invasion. While people are sending prayers and well wishes to Durk and India, Tekashi 6ix9ine used to opportunity to target his foe once again.

He wasn’t quite finished. “SOMEONE SAID @lildurk not gon slide till they kill his girlfriend [crying laughing emojis] YALL CRAZY.” Elsewhere 6ix9ine added, “Don’t get mad at me otf meatriders LOL I’m not the shooter [sideways crying laughing emojis].” The rapper’s callous comments didn’t go unnoticed by fans who chastised him. Check out a few posts below.