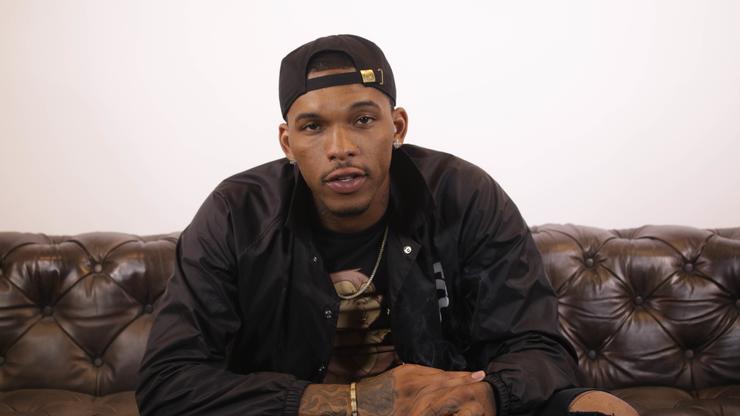 She claims that the family has asked him to take down his posts, but he refused. She also called the rapper’s final text from Raven “bullsh*t.”

Condolences poured in for 600 Breezy after he made several posts related to his purported girlfriend’s suicide, but the woman’s family has come forward to accuse him of using her death for fame. We previously reported on Breezy penning lengthy captions and posts on Instagram detailing the love he has for a woman named Raven. He expressed grief over her death and even uploaded a screenshot of what was supposed to be her final text to him, but her cousin questioned a timeline of events.

“I’m calling bullsh*t to this,” she tweeted along with a report about her cousin’s text to the rapper. “And I’m ready to go on the record.”

“What’s the date on these bullsh*t text messages?” she asked. “This mfer trying to come up off of my cousin’s death. Why is the date important? Because her momma just called the cops in Alabama THIS MORNING for a wellness check.” Someone interjected and suggested that the date of the text doesn’t matter.

“The date does matter. She was discovered on 9/6,” said Cross. “She’s been deceased for a few days. No one had heard from her since 8/31. Dead women can’t text. So you telling me he’s already had the texts and never alerted anyone to go to her apartment?” Elsewhere, she addressed 600 Breezy’s posts of him cuddled up with Raven.

“They weren’t together! I’m her family, first cousin to be exact. We’ve asked him to take that down and he had refused. Where was he when my cousin was hurting?”

Meanwhile, 600 Breezy continues to take hits from the mother of his triplets, Queen Key, as they battle it out on social media. We continue to send kind thoughts and condolences to Raven’s loved ones.

Check out her cousin’s posts below.