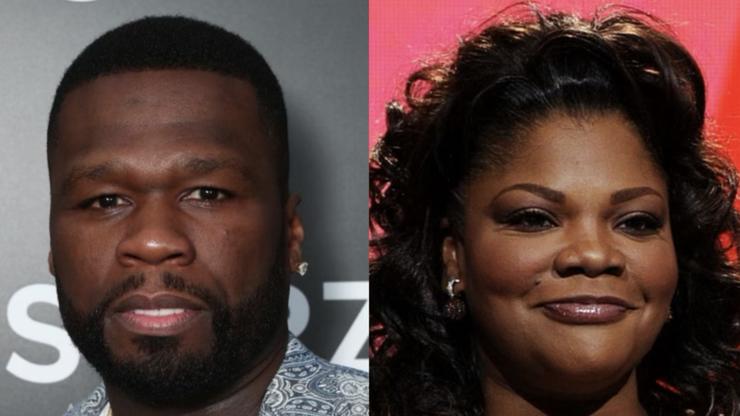 D.L. Hughley may be unimpressed with the “Precious” actress after their weekend spat, but she’s still got Fif in her corner.

Just a week after watching Mo’Nique’s feud with D.L. Hughley over a contract dispute unfold online, it appears that trolls online are trying to stir up trouble between her and 50 Cent, but he’s not having it.

As you may remember, back in March, Curtis Jackson made it clear that he thinks it’s time for the entertainment industry to stop “blackballing” the Precious star, who was effectively shunned after some since-resolved beef with director Lee Daniels over a lack of “thank you’s” in her acceptance speech.

The “I Get Money” rapper cast Mo’Nique in a small role as Goldie in the forthcoming second season of his hit series BMF, which garnered excitement from LaLa Anthony, Joseph Sikora, Donnell Rawlings, and more, though some trolls seem to think she hasn’t shown 50 Cent enough thanks online.

“I want to talk right to our baby, from one black woman to that beautiful, pure-hearted black man, and let me be clear, I’m saying Curtis ’50 Cent’ Jackson is a pure heart,” the comedian said in a video that was posted to the South Jamaica native’s social media earlier today.

Of the multihyphenate, Mo’Nique said, “So when y’all get to talking about ‘Oh 50, you next,’ that’s a man, that’s a king. He’s of pure heart, and he’s principled,” adding that they “have conversations offline.”

“People got to saying, ‘She ain’t thank 50, she ain’t say nothing to 50.’ We don’t have to have our relationship online,” the Maryland-born starlet concluded.

Fif echoed the same sentiment in his accompanying tweet. “@moworldwide I love you guys [too]. Let’s progress at a pace they haven’t seen before,” he began. “Work like we gotta make up for lost time.”

“The best way to get back at anyone you feel did you wrong is to do good.” Are you excited to see Mo’Nique make her BMF debut? Sound off in the comment section below, and tap back in with HNHH later for more pop culture news updates.