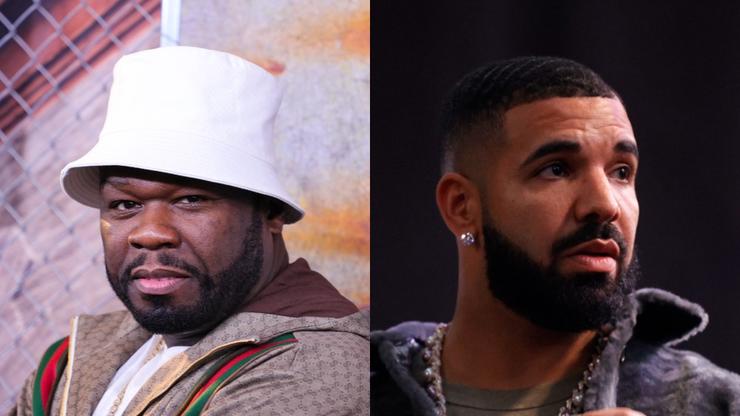 Drake posted photos of himself rocking 50 Cent merch during his days of “Degrassi: The Next Generation.”

In the past 10 years, Drake‘s been a dominant force in the music industry. His prominence in rap has practically made people forget about his true origin story. Before shattering Billboard records and accumulating platinum plaques, Drake was a child star on Degrassi: The Next Generation. He played the role of Jimmy Brooks in the Canadian teen drama and recently reflected on some of his wardrobe choices during that era.

The rapper took to his Instagram Story where he shared some throwback flicks where he’s dripped out in vintage Jordan gear and some OG 50 Cent merch. “Degrassi fits were serious,” Drake captioned the post with a laughing emoji. Of course, Fif caught the Story and responded on his own IG page where he commended Drake for his rise in the entertainment world.

“That boy @champagnepapi came wit it, he got off that show and made some real fvcking hits man,” he said.

Maybe, this is a sign that Drake is considering his return to the big screen. With 50 Cent building a television empire, perhaps, there’s an opportunity for Drake to enter the Power-verse.

Drizzy previously called 50 Cent a considerable influence when it came to injecting melodies into his raps. During an interview with RapRadar, Drake cited 50 Cent’s “21 Questions” as an inspiring example of “a guy who’s not supposed to be singing, singing.”

In response, 50 said it was “the coolest shit in the world for him to say, because I can’t sing as good as he sings.”