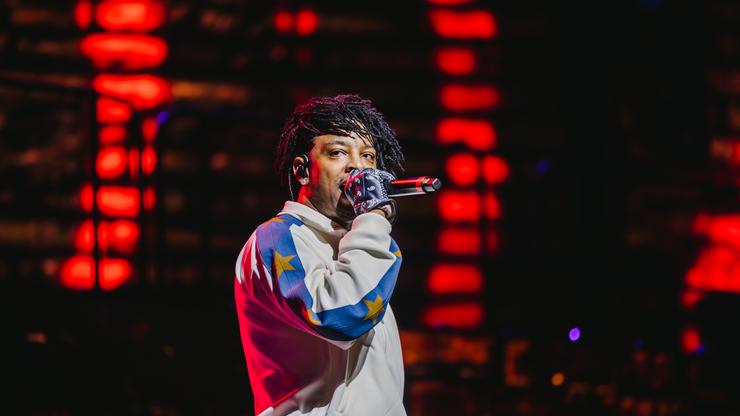 21 Savage may not be from Phoenix but the Suns don’t seem to care.

21 Savage is one of the biggest artists in the world right now, and as it stands, fans are waiting on his next project. After dropping Savage Mode II, fans are curious as to how 21 will be able to evolve his sound, especially since he has shown growth with every new album. Having said that, his success has been immense and it even led to a performance at Coachella this past weekend.

What is nice about Coachella is that you are just a short distance away from Arizona, where the Phoenix Suns are currently engaged in a playoff run. 21 Savage understands this better than anyone as the rapper was recently spotted at a Suns game on Tuesday night, where he was given a pretty special gift.

In the video posted by HipHopDX, 21 could be seen receiving a special custom Suns jersey that said “Savage” on the back. As one would expect, the jersey also had the number “21” which is very on the nose. After all, if you are going to give 21 Savage a special jersey, you better make sure his infamous name is included in some sort of capacity.

Unfortunately for the Suns, 21 Savage’s presence at the game was not the good luck charm they were looking for. Instead, they lost to the Pelicans who are now looking to take advantage of Devin Booker’s hamstring injury.

As for 21, we’re sure he will be hanging up his jersey with pride in his Atlanta home.