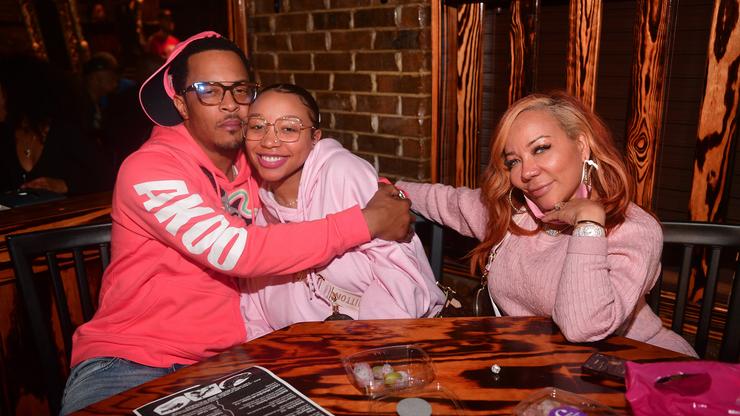 Production was halted months ago, but Zonnique recently lamented over not being able to see herself pregnant on the show. “Y’all took that from me.”

It was back in January when Sabrina Peterson first launched the scandal that would unravel into criminal investigations. After publicly accusing T.I. of holding a gun to her head, the former friend of the rapper and his wife Tameka “Tiny” Harris would allege that the couple was responsible for drugging and sexually assaulting women. We’ve watched throughout the year as alleged victims have come forward and now, there are reportedly two dozen women who have accused the famous pair of various crimes related to drugs, sexual impropriety, and rape.

T.I. and Tiny have adamantly denied these accusations and the rapper has repeatedly shared videos on social media stating he is innocent of the claims made against him and his wife. In February, reports circulated that the future of their popular reality series T.I. & Tiny: Friends & Family Hustle was unsure after production was halted, and recently, Zonnique spilled the beans that the show may have been canceled altogether.

OnSite was able to nab a screen-recording of Zonnique on Livestream where she spoke about not being able to see herself while pregnant on the show. “Um, yeah I want my footage Family Hustle,” she said. “I would like to see what I was looking like and how I was feeling while I was pregnant. I thought I was gonna have something to look back on like I been having all my life.”

“But, y’all took that away from me,” she added without referring to who she was speaking about. “Now I don’t know how I was actin’ when I was pregnant. I don’t know what I was lookin’ like. Whatever. Vinny, send me that footage for real.” Still, fans are hoping for the show’s return. Watch the brief clip of Zonnique below.