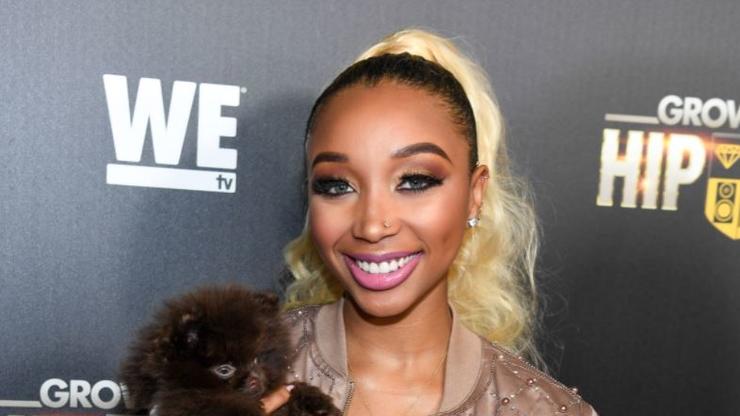 She had a few things to say about people who believe “rich daddies” take care of their kids for their entire lives.

She’s preparing for the arrival of her firstborn child, but Zonnique Pullins took time to address misconceptions about her bank account. Zonnique and her boyfriend, rapper Bandhunta Izzy, are excited about growing their blended family, and while they have been providing for themselves, some people have continued to harass Zonnique about receiving money from her parents. Her mother, Tameka “Tiny” Cottle, along with her stepfather, T.I., has supported Zonnique through all her decisions, but the singer came forward to say that she doesn’t receive financial help from either of them.

“Rich daddies do not take care of their kids financially for your whole entire life,” the 24-year-old wrote on Twitter. “They show you how to get it on your own so you can take care of yourself…really early, in my family at least.” She added, “Ima be 30 and the internet gonna be like..why y’all congratulating her on that business her daddy just bought it.”

Back in August, Zonnique’s sister Deyjah Harris also shared that she doesn’t accept money from her father. “I make my own money. I don’t feel comfortable asking my father for anything. I don’t feel comfortable asking my mother for anything,” said Deyjah. “I like to have my own things. I just like to be independent, basically. I don’t want to have to go ask somebody for something that I can kind of do on my own or get on my own.”