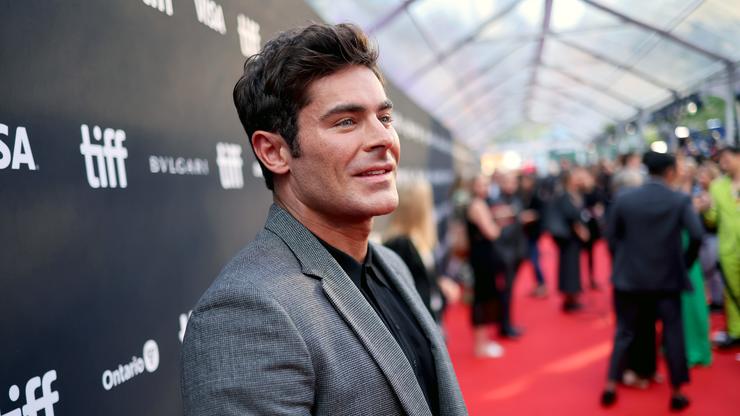 Zac Efron is no stranger to gossip and rumors about his life. While the actor has been quiet about his personal life in recent years, he does time to address fake news every now and again. While promoting his upcoming film The Greatest Beer Run Ever, the 34-year old star hit the red carpet for the first time in three years and addressed those pesky plastic surgery rumors about his seemingly new jawline.

He told Entertainment Tonight about the online speculations, “My mom told me. I never really read the internet, so, I don’t really care.” Zac went on to share how having tough skin is vital in his line of work, adding, “If I valued what other people thought of me to the extent that they may think I do, I definitely wouldn’t be able to do this work.”  As for how he truly feels about fans believing he went under the knife, the actor admitted, “It was funny. It sucks. I almost died, but we’re good.”

Efron reportedly slipped in a puddle of water near the entrance of his home in 2013, causing him to completely shatter his jaw. In a recent interview with Men’s Health Magazine, a reporter who spoke to Zac about his jaw condition revealed, “When [Zac] was injured, the muscles on the inside of his face and jaw had to compensate. He works with a specialist and does physical therapy to mediate this, but in Australia he took some time off from that, too.”

Catch The Greatest Beer Run Ever when it premieres September 30 on Apple TV+.