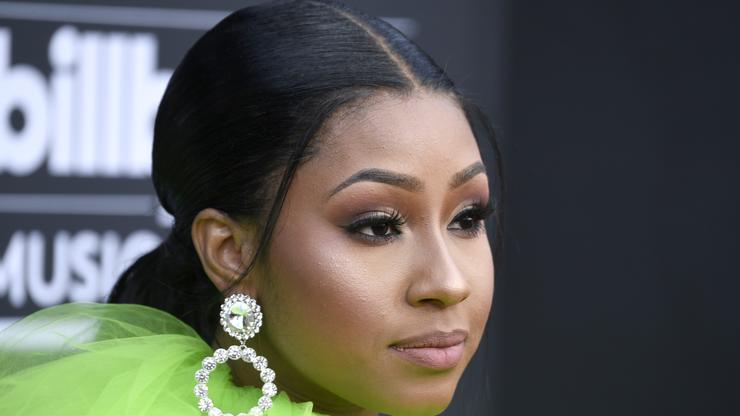 As we inch closer to the music industry’s Blackout Tuesday (June 2), more artists are coming forward about the ongoing protests and riots in America. Many in the industry—including Sony, Shady Records, Columbia, Interscope, Def Jam, and Warner Music Group—will stop all business on Tuesday in an act protest, and while this is a peaceful, yet disruptive, act, others have stormed the streets to pillage and plunder. We’ve watched some celebrities lament over the damage done to businesses, but Yung Miami isn’t fretting over major corporations who find themselves victims looters.

The City Girls star wrote a lengthy message on Instagram on Monday (June 1) where she spoke about racial priling and why she isn’t losing sleep about big business companies losing money. In her text image post the words “I have a problem with” were written in white font over a black background. Yung Miami continued her message in the caption. “Ppl laughing and taking this sh*t as a joke! Ppl so out touch that it’s sad they don’t even give af about they own and always making excuses or trying to justify it.”

“Ppl have a problem with ppl looting stores that don’t even want our money fr and follow us around the store as soon as we walk in and think you doing fraud when you paying with your credit card!” she said. “STFU ITS BLACK LIVES!! That’s one the biggest problems with black ppl we don’t know how to stick together as a whole it’s always somebody that’s gone say or do some dumb sh*t! This my last post I’m done!” Check it out below and let us know if you agree with Yung Miami.