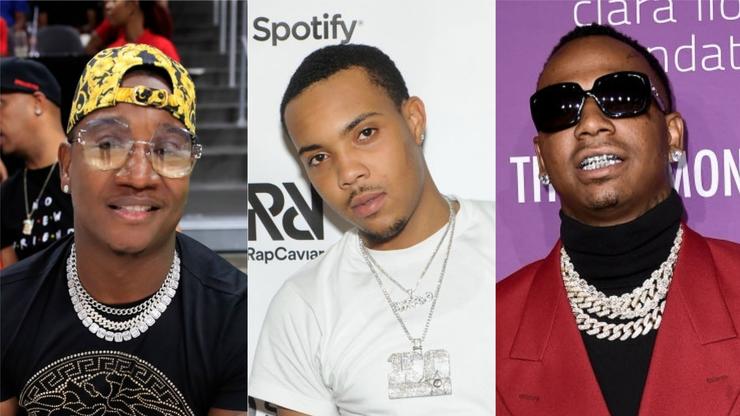 Yung Joc tries to send a message about loyalty, using G Herbo and Moneybagg Yo as an example.

Of all people trying to stir the pot, Yung Joc??? Damn…

The 37-year-old Atlanta rapper, who really has only made headlines this year because of 42 Dugg’s diss on “We Paid”, and because of that one time someone caught him driving for Uber, woke up and felt like starting some shit among fellow rappers.

He posted a collage of four pictures, sending a message and seemingly trying to pit G Herbo and Moneybagg Yo against each other.

“Just remember ppl want what you have…..even ya own ppl,” wrote Yung Joc as his caption. The bottom two pictures show Moneybagg Yo and Ari Fletcher, his current girlfriend, all loved up while backstage at a concert. The other shot shows G Herbo chilling with the rapper. While his message is cryptic, Joc is seemingly trying to say that Moneybagg Yo was envious of G Herbo’s old girl, Ari, and plotted to steal her from him. However, as the fans note, they were never close to begin with.

We’re not sure what’s going on with Yung Joc but, this ain’t it.

What do you think he was trying to accomplish with this?