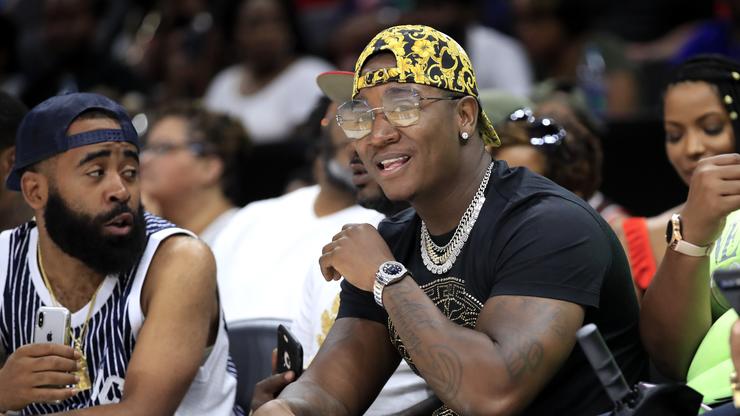 Snoop even reached out to praise his new source income.

Love & Hip Hop Atlanta star Yung Joc found himself the butt social media jokes after someone shared a video him driving for the new rideshare app Pull Up & Go. “He actually didn’t react how I thought he would he just basically was telling me that’s my problem if I feel he fell f for having multiple streams income,” the passenger reportedly told The Shade Room.

After he was shamed online, there were plenty people who defended Joc. In an interview with TMZ, he explained why he decided to jump behind the wheel as a rideshare driver. He said he’s apart the Big Brothers, Big Sisters organization and he wants to show young kids the value hard work. “You gotta lead by example and sometimes you gotta show people you not too big,” the rapper said. “You’re not too big to do the right thing by making an honest living. I think a lot times that kids and even adults go astray because they too ashamed. They too prideful.”

He goes on to say that he also wanted to challenge himself to do things that he’s never done before. Joc was also surprised about how many people reached out to support his Pull Up & Go driver job. “A lot celebrities have reached out, people have hit my phone. I mean, Snoop said something. He’s like, ‘Hustlers hustle.’ I just realized that maybe people are beginning to be a little more mature.” Check out his clip with TMZ below.