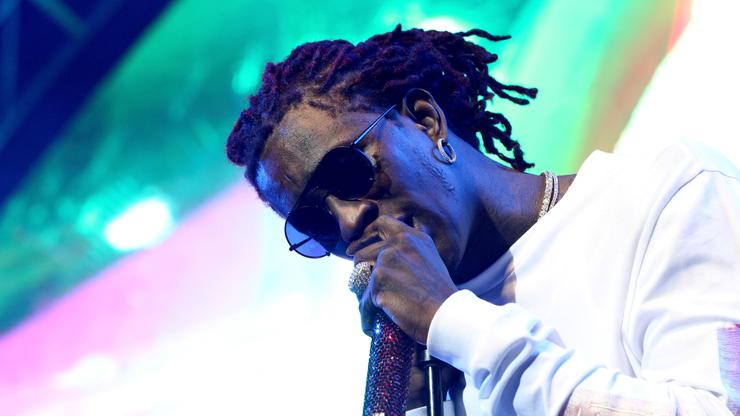 The explosive news about the arrests of Young Thug, Gunna, and 26 of their alleged associates has shocked Hip Hop. It wasn’t the way that anyone believed this week would begin, but according to reports, Thugger and Gunna have been named in a 56-count indictment that alleges the two chart-topping rappers were involved in gang activity. The reported racketeering case seems to have been developing for some time as outlets have mentioned that the authorities have accused Thug, real name Jeffrey Williams, rented a vehicle that was later used in a murder of an alleged rival gang member. The alleged crimes reportedly occurred between 2013 to 2022.

Gunna’s involvement is reportedly less serious, although authorities have noted that the rapper has worn pendants, chains, and rapped lyrics about his affiliation with YSL—Young Stoner Life or Young Slime Life. According to prosecutors, YSL is a gang and in a RICO case, if it can be proven that someone is a part of the said gang, they, too, can rack up charges that their associates are responsible for.

We previously reported on the allegations as soon they were made public, but news reporters have since caught up with Young Thug’s lawyer. When asked for a statement, attorney Brian Steel kept things brief.

“I’ll tell you the response to any allegation; Mr. Williams committed no crime whatsoever and we will fight to my last drop of blood to clear him,” said Steel. As far as Gunna is concerned, his lawyer has yet to come forward. However, there have been professionals dissecting the case online. A major mention is the allegations that two YSL associates went to Thug to gain permission for a second murder attempt on YFN Lucci, someone Thugger had beef with in the past.

We’ll continue to keep you updated. Thug is reportedly scheduled to make his first court appearance tomorrow morning at 11:30 a.m. Read through more updates below.