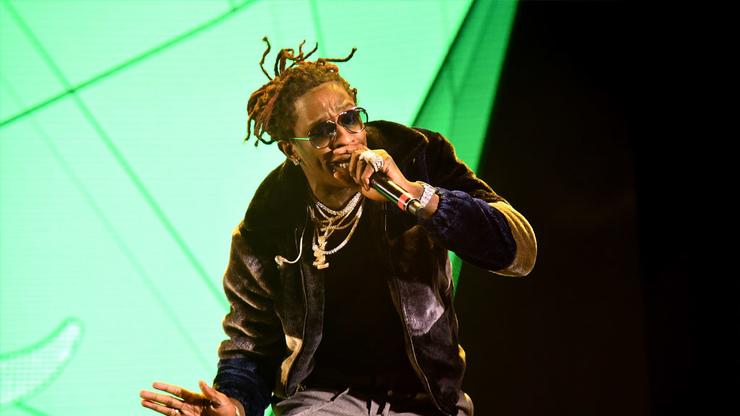 Young Thug’s fluffy dog Ms. Tootie, who made several appearances in the studio, has passed away.

Young Thug and his girlfriend Jerrika Karlae are currently mourning the loss their adorable dog Ms. Tootie, who passed away this weekend.

Jerrika took to Instagram to announce the passing their pet.

Young Thug‘s fans have reacted to the news Ms. Tootie’s passing, sending him their positivity and love. It’s not easy to lose a loved one, especially an animal that you have grown connected to over the years. Ms. Tootie was constantly popping up in the studio with Thugger, who also posted her from time to time on social media.

In other Thug-related news, the rapper is featured on Pop Smoke‘s deluxe album for Shoot For The Stars, Aim For The Moon on standout track “Paranoia.” He also stars in the music video for “Go Crazy” with Chris Brown, which was released last week.

Young Thug was also named one the greatest rappers alive by Lil Yachty this weekend, who demanded respect for him and Future. T.I. co-signed the message, confirming that they are two kings that need to be looked at and treated as such.

As Thug and Karlae mourn the loss their gentle beast Ms. Tootie, reflect on her life with some pictures below.