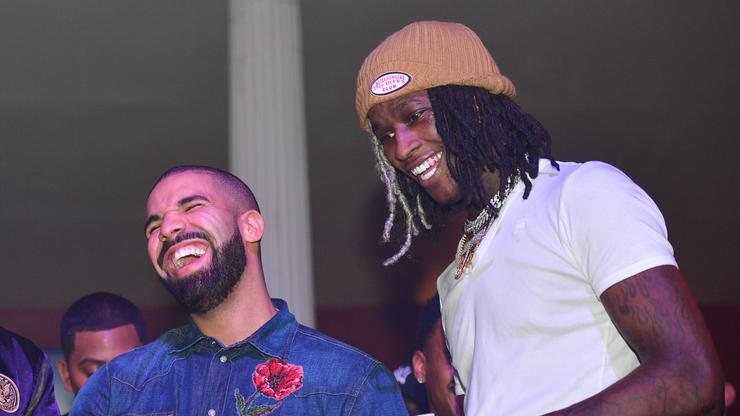 Thugger says if he was a billionaire who knew getting on someone’s song would make it a No. 1, he “would have more features than anybody in the world.”

They’ve connected on wax several times throughout the years and Drake‘s willingness to jump on records with his peers is a quality that Young Thug admires. Recently, Thugger was quoted as saying he made sure to call up Kanye West to let the Chicago icon know that if one of their collaborations did not appear on Donda, Young Thug promised never to speak to him again.

Thug secured his spot on “Remote Control,” and during his visit to The Breakfast Club, the rapper revealed why he thought it important to address the possibility of a feature with West.

“It ain’t that I wanted to be on it so bad, it’s just like, bruh, we got a hundred songs,” said Thugger. “You a billionaire. You at the point where it’s like, you don’t need none of this sh*t. We do though. So, if I was a [billionaire], if I was Kanye West or Jay-Z… I probably would have more features than anybody in the world.”

“If I’m at the point where I know me being on your song could make it a number one, I’m definitely getting on the song,” he continued. “That’s what I respect about Drake.” He added, “[Drake] try to touch everybody and he genuinely do it. People think, ‘Oh, he do it for clout or he do it for these songs.’ That n*gga do not need no motherf*ckin’ clout.”