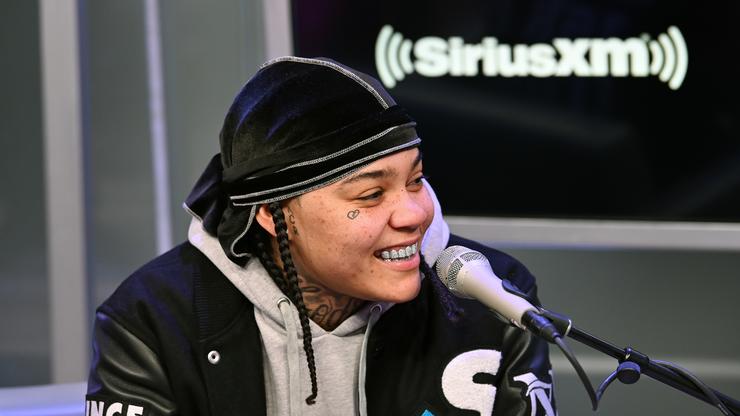 Young M.A. jokes about booty woman who starred in her latest music video.

Young M.A and her model girlfriend Mya Yafai have been globe-trotting arm-in-arm and looking amazing while doing it. The couple that formed last year was spotted in Dubai last week, seeming to have been celebrating their love there since Valentine’s Day. While Yafai is fine as hell, Young M.A. opted for another woman to star in her latest music video for “She Like I’m Like” f her debut album, Herstory In The Making.

The Marc Diamond-directed visual tracks a fictitious relationship between Young M.A. and DominiQue MrsGiJane Williams. Williams goes by @mrsgijane on IG, posting tons thirst-inducing photos her wild physique. She also appeared in the 2019 Samuel L. Jackson movie, Shaft. No wonder Young M.A. enlisted her as the love interest in her new video. The rapper shared a still from the vid on her IG and cracked about Williams’ impressive booty while playing on her song’s title:

In the shot, Young M.A. is splayed across the couch like royalty, while MrsGiJane approaches her in a skintight dress. Fellow rapper Casanova appreciated that and commented, “IM STEALING THIS POSE LOL.”

In other Young M.A. news, she recently released her own sex toy. Learn about it here.