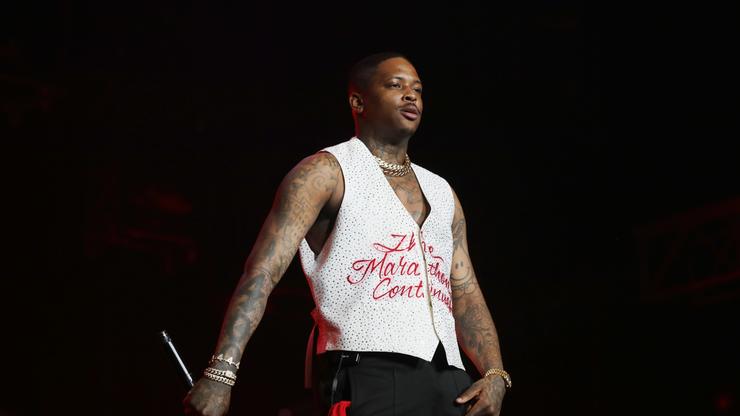 Depending on who you ask, DaBaby isn’t cancelled.

The rapper’s ill choice of words at Rolling Loud this summer may have proven to present a major setback for him as far as public opinion goes, however a successful Summer Jam set, appearance on Kanye West‘s DONDA and a recent uptick in two freestyles unloaded on YouTube may indicate that the public isn’t ready to toss the Charlotte emcee in the wastebin just yet.

On the subject of his freestyles, DaBaby took to Instagram to commemorate the fact that his renditions of Moneybagg Yo’s “Wockesha” and WizKid and Tems’ “Essence” were trending at Nos. 6 and 7 on YouTube.

Soon enough, YG, who is no stranger to the woes of cancel culture, chimed in under the post to congratulate him and declare that they “kant neva cancel the real.”

Yet, we’ll have to wait and see just what this period in time does to DaBaby’s career in the long-run. Most recently, he met with several Black HIV advocates to discuss the comments he made while performing in Miami in July.

“The open letter to DaBaby was our way to extend him the same grace each of us would hope for,” the group penned in a recap of the meeting. “Our goal was to ‘call him in instead of calling him out.’ We believed that if he connected with Black leaders living with HIV that a space for community building and healing could be created. We are encouraged he swiftly answered our call and joined us in a meaningful dialogue and a thoughtful, educational meeting.”