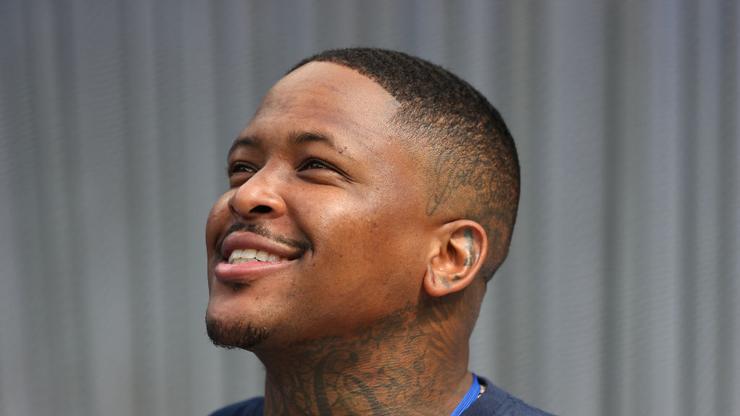 “I been tryna get Nas on some sh** since my second album.”

YG has something to say on his upcoming album, I Got Issues, and brought the right people along to say it along with him. One day after dropping the visual for his Bandz produced track “Alone,” the West Coast rapper revealed even more details about third studio album, including his bucket list collaboration with Nas. “I didn’t rap with him. He did his [verse] in the studio by himself,” YG shared.

During the Los Angeles listening session for I Got Issues, the Bompton rapper spoke more about Queens legend, sharing, “[When I heard the verse] it was crazy. I been tryna get Nas on some sh** since my second album. But it just didn’t happen. He just been showing love since day one. He always supported my sh**. So when I finally got the verse, I was like ‘Finally, f***.'”

As for the record, YG says he chose the perfect song for Nas, adding, “The song that I got him on makes sense, ’cause I’m poppin’ it like I’m ‘God’s Son’ sh**. And that’s like his sh**. So we he did that I was like, yea, timing is everything.” This won’t be the first time the “Toot It and Boot It” rapper worked with Nas. He was featured on the Mass Appeal star’s “YKTV” track alongside A Boogie, from Nas’ King’s Disease II album. YG has certainly been putting in the work to promote his upcoming album.

Last month, he dropped the visuals for his song “Toxic” starring Brittany Renner, which followed the June release of his track “Run” with Tyga, BIA and 21 Savage. I Got Issues is available for pre order on September 9, with it’s official release September 30.