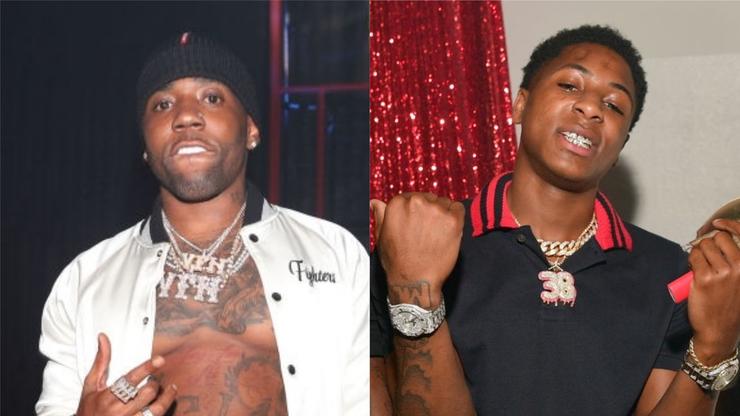 YFN Lucci says Youngboy Never Broke Again is a “b***h in person” because of his lyrics about Reginae Carter.

Youngboy Never Broke Again made headlines with the release of his new song and music video, a remix of Jay-Z’s “The Story of O.J.” In the song, which he labeled the “Top version”, the 21-year-old Baton Rouge rapper turned heads with the following lyric:

“I’m tryna convince Fee to tell Reginae how big the sh*t gon’ be if we have a baby.”

Given the fact that, before he could legally drink, NBA Youngboy already had six children, one would think that he would want to slow down on the baby-making front. Especially considering his current girlfriend, Yaya Mayweather, appears to be pregnant with his seventh. Still, YB isn’t satisfied with simply going to bed next to Floyd Mayweather‘s daughter… he also wants Lil Wayne’s daughter.

As you would expect, YFN Lucci had something to say about this situation.

There is currently speculation that the Atlanta rapper and Reginae have rekindled their romance, posting pictures of a meal made by the same personal chef on the same night last week. While they have not confirmed that they’re back together, Lucci seemingly stood up for his ex-girlfriend by insulting Youngboy Never Broke Again.

“Boi a real b***h in person,” said Lucci about Youngboy in the comments to a post by The Shade Room.

It looks like Lucci doesn’t only have beef with Young Thug now… he can also consider NBA Youngboy an enemy?